Saif Ali Khan is one of the first Indian stars to make his way to the digital platform. The actor is all set to star in a Netflix original series called Sacred Games. Saif Ali Khan recently finished shooting the episodes for the show in Mumbai. 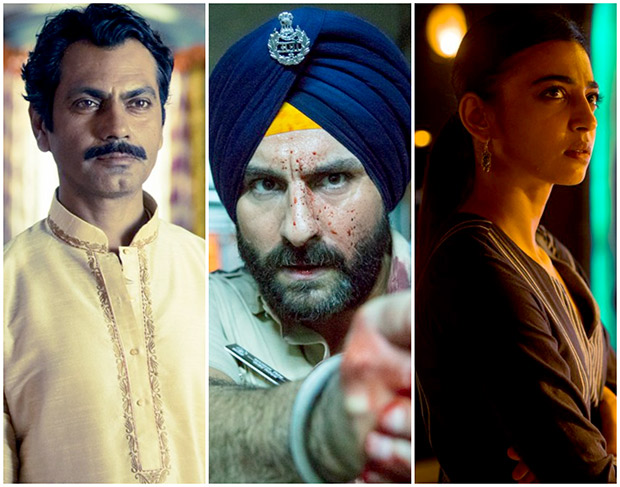 This morning, Netflix India released first looks of the three characters essayed by Saif Ali Khan, Radhika Apte and Nawazuddin Siddiqui. They are looking edgy and intriguing in the first glimpse. Saif Ali Khan, essaying the role of Sartaj Singh, has blood on his face while aiming his gun at the target. Both Nawazuddin and Radhika are caught in intimidating expressions in their first looks. 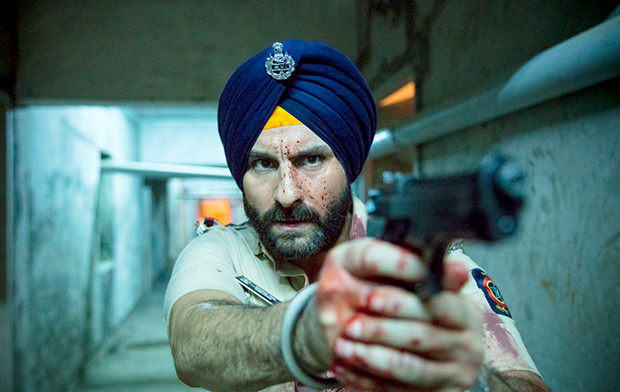 During the filming of Sacred Games, Saif Ali Khan talked about becoming the first mainstream Indian actor to venture into a digital platform with Sacred Games. Talking about why he chose to get into digital space, Saif said, “It is the future of movies. We have all kind of bigger films, the so-called mainstream, blockbuster films. I wouldn’t call it niche, but I would call it unpretentious films. I think my acting improved working with some of these actors. It was a really good experience.” 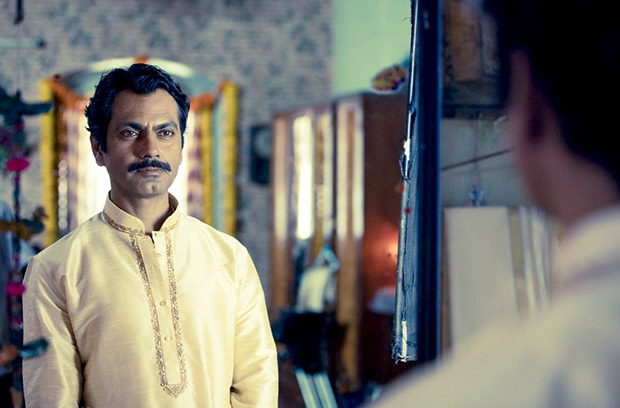 Based on Vikram Chandra’s novel by the same name, Sacred Games is a crime drama that delves into the dark and gritty world of Mumbai city and features the actor in the role of Inspector Sartaj Singh. The show will also star Nawazuddin Siddiqui in the prominent role of gangster Ganesh Gaitonde whereas Radhika Apte plays the role of RAW analyst Anjali Mathur. Based on reality, the series will trace the deep nexus of crime and politics as it takes you through the life of a police officer named Sartaj Singh. 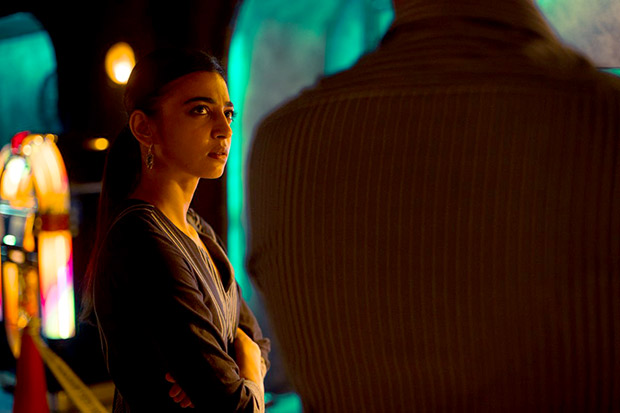