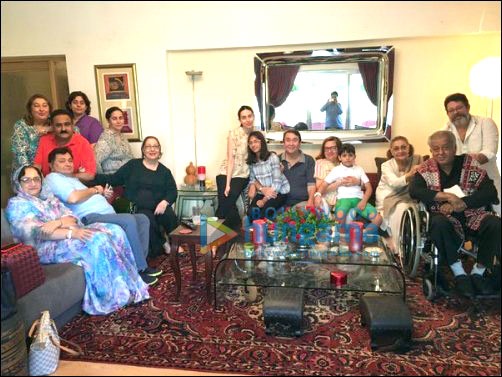 Ever since the time the film Kapoor & Sons have been announced, every passing day is witnessing the buzz getting only stronger as the movie is inching towards its release. On the other hand, Rishi Kapoor, who plays an integral role in the film, is leaving no stone unturned in promoting the film in whatever way he can.

A frequent 'visitor' to Twitter, Rishi Kapoor recently tweeted a 'lunching' photograph of his glorious family, which also included his mother and his uncle Shashi Kapoor. He even aptly titled the photograph as 'Reality."Kapoor & Family" at a never ending lunch this afternoon. Welcome back mom and good to see you Shashi Uncle!'.