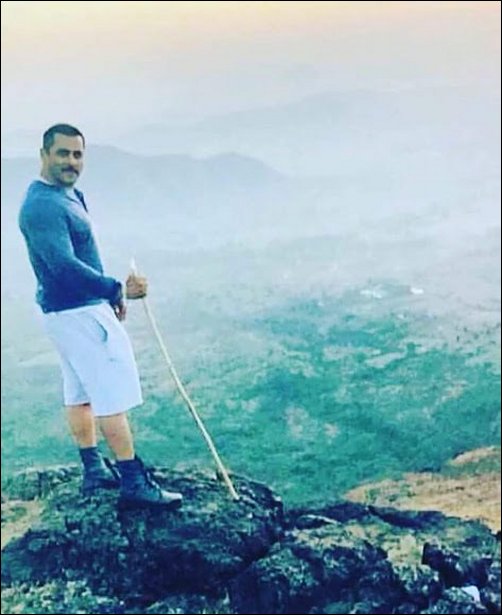 Superstar Salman Khan decided to take an adventurous break amidst his busy work commitments. A picture of the superstar standing atop a mountain has gone viral on the web.


Seen in sporty attire and boots, it seems that Salman Khan has gone hiking. The actor is currently away from the limelight and we hear that he is living at his Panvel farmhouse to prep for Sultan. He has recently put on oodles of weight in order to play the role of a wrestler in the film which also stars Anushka Sharma as a wrestler. She has been paired with the superstar for the first time.


Directed by Ali Abbas Zafar and produced by Yash Raj Films, Sultan is slated to release during Eid.