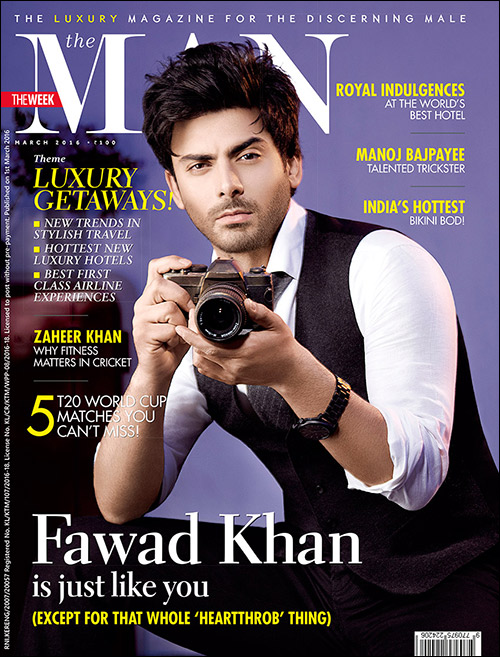 Latest heartthrob Fawad Khan may have recently entered Bollywood but the actor has been tasting stardom for many years, courtesy his stardom in Pakistani television and cinema. The actor, who seems to have won hearts of Indians too, has now given us yet again a glimpse of his suave persona in this month's edition of The Man.


Fawad Khan puts on his charm as a photographer, dressed in black and white formal avatar and a messy hairdo. The actor who debuted in Bollywood with the Sonam Kapoor starrer Khoobsurat is now gearing up for his second venture in the industry, Kapoor & Sons (alongside Alia Bhatt and Sidharth Malhotra). Revealing about his life, the secrets, the confessions, Fawad Khan, talks about his true self in an interview titled 'Fawad Is Just Like You'.


Besides that, the magazine also features a lowdown on best airlines, best luxurious hotels and many such interesting write-ups for travel lovers along with fitness tips, sports and a lot more.