Riddhima Kapoor Sahni is going down the memory lane to remember precious times spent with her father, late Rishi Kapoor. She shared a series of photographs from the past on her Instagram stories on Friday. 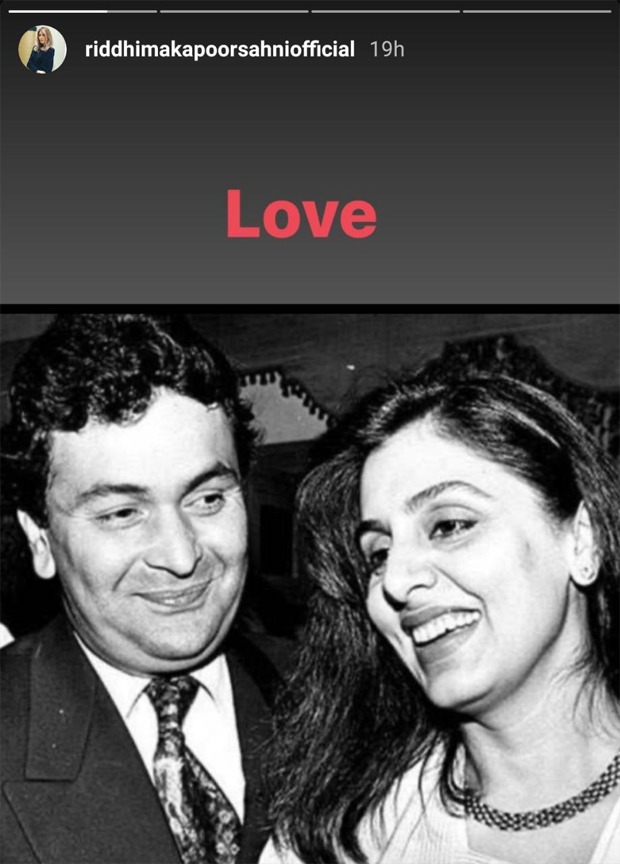 Riddhima posted a photo of Rishi Kapoor adoringly looking at Neetu and holding her hand in another one. 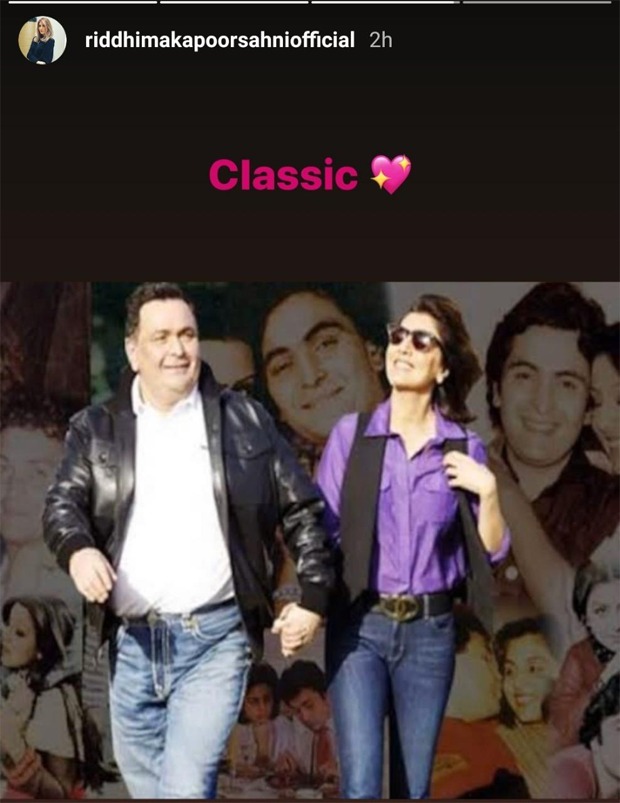 She also shared a throwback photo of her mom from her earlier acting days. 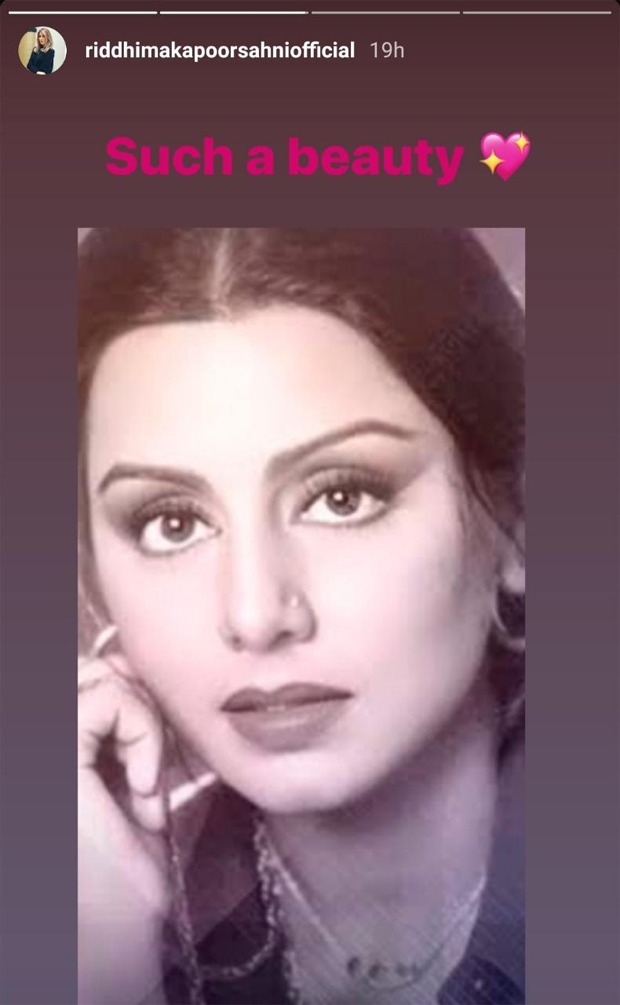 In another picture which was clicked in New York, Alia Bhatt joins the family picture with Ranbir Kapoor, Rishi and Neetu. 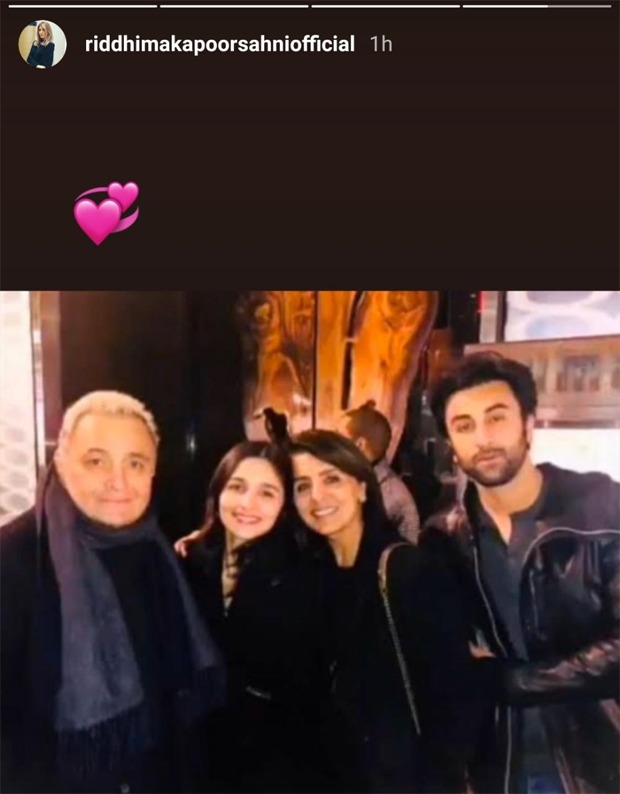 Rishi Kapoor passed away on April 30 after his prolonged battle with leukemia. Riddhima couldn't attend his funeral as she was in Delhi but travelled with her family via road to attend further rituals and stay by her mom and brother's side.

ALSO READ: 5 films where Rishi Kapoor rocked it on stage