Teen heart throb that he was, Rishi Kapoor was the real rock-star of Hindi cinema, which is why filmmakers and scriptwriters were always looking for excuses to put him on stage to sing and dance. 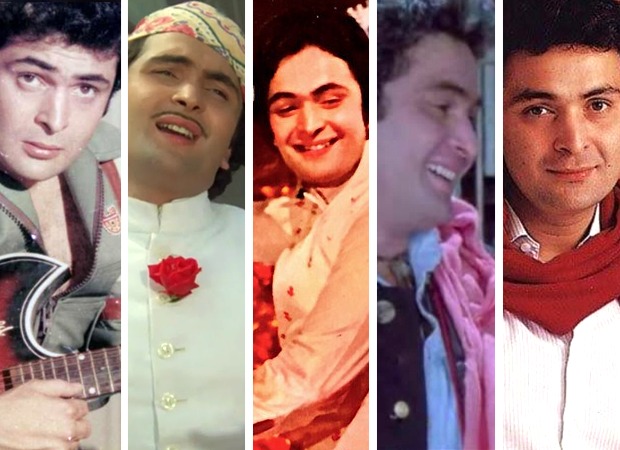 Here are 5 films where the endearing Mr. Kapoor was the real rockstar.

Who can forget Rishi Kapoor as Monty the entertainer par excellence who sings and dances his way through at least three elaborately staged song-and-dance numbers 'Om Shanti Om', 'Paise Ye Paisa' and 'Dard-e-Dil'. Rishi’s moves on stage , the way he could jump on to his knees while dancing took its toll on his legs. In his later years, Rishi had problems with his legs and knees, thanks to his dancing. But the effort was worth it. The level of zing he brought to his steps is unparalleled. Other stars relied on a few trademark dance steps. Rishi simply let go.

Playing qawali singer made Rishi a different kind of rock star here, one who could regale the clapping cheering junta at the Jama Masjid in Delhi or the Haji Ali in Mumbai. In fact, Rishi’s enactment of Mohd Rafi’s 'Parda Hai Parda' was so spot-on many considered Rishi’s Akbar to be the real rock star of the film ahead of Amitabh Bachchan’s Anthony and Vinod Khanna’s Amar.

There are musicals and then there is Hum Kisise Kum Naheen. Singing and dancing on stage to the triple-layered 'Ah Dil Kya Mehfil Hai', 'Tum Kya Jano' and 'Chand Mera Dil' (in three different voices of Kishore Kumar, RD Burman and Mohd Rafi), Rishi ripped the screen apart. And his jiving and grooving to 'Bachna Ae Haseeno' had every haseeena in Hindustan running for cover… cover versions of this eve-popular stage show hit.

From the guitar in Karz to the desi dafli in Sargam, what an amazing amount of musicianship was conveyed in this star-actor’s persona! As Jaya Prada danced, Rishi played the dafli and emoted in Mohd Rafi’s voice, 'Mujhe mat roko mujhe gaane do'. We hear you, Rishi.

Late in his career as a leading man, Rishi played a singer wooing Divya Bharti with the breezy 'Sochenge Tumhe Pyaar'. So well-entrenched were Rishi’s dancing shoes that one forgot this was the film that launched Shah Rukh Khan as a superstar. When Rishi danced, nothing else mattered.

Also Read: What was Rishi Kapoor most superstitious about?