This Diwali, Riddhima Kapoor Sahni is missing her father Rishi Kapoor. In April 2020, the veteran actor passed away after his prolonged battle with cancer. He was being treated for leukemia since 2018. Riddhima often shares past memories of her father and their family on various occasions. 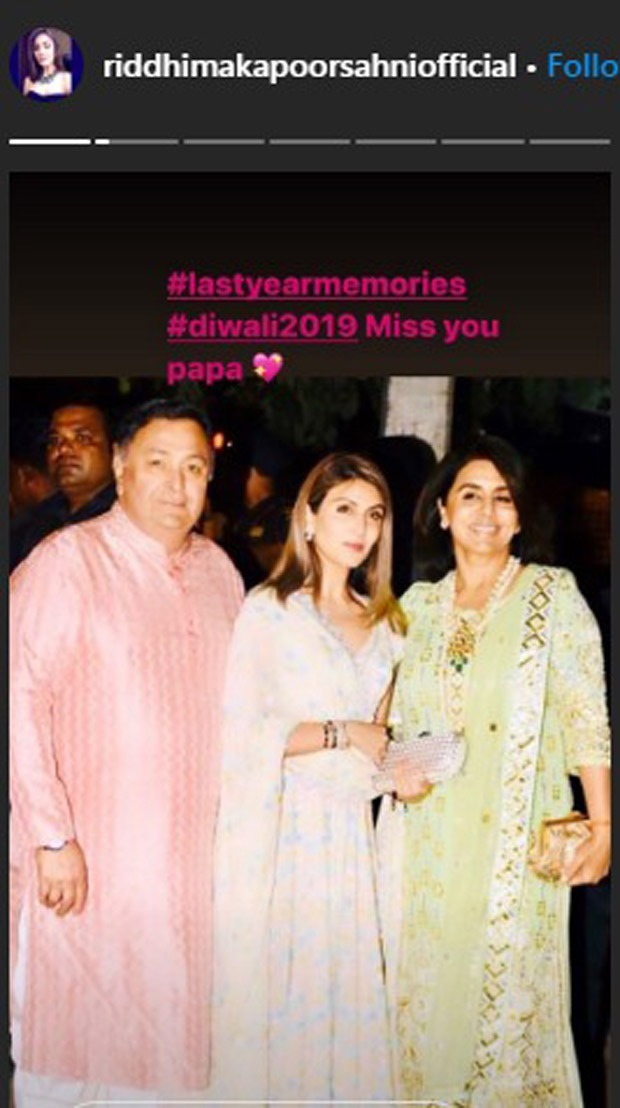 Sharing a couple of Instagram stories, Riddhima Kapoor Sahni is feeling this festive season incomplete without her father. She posted last year's photo of herself with her parents Rishi and Neetu Kapoor and captioned it, "#lastyearmemories #diwali2019 miss you papa" and ended it with heart emoji. 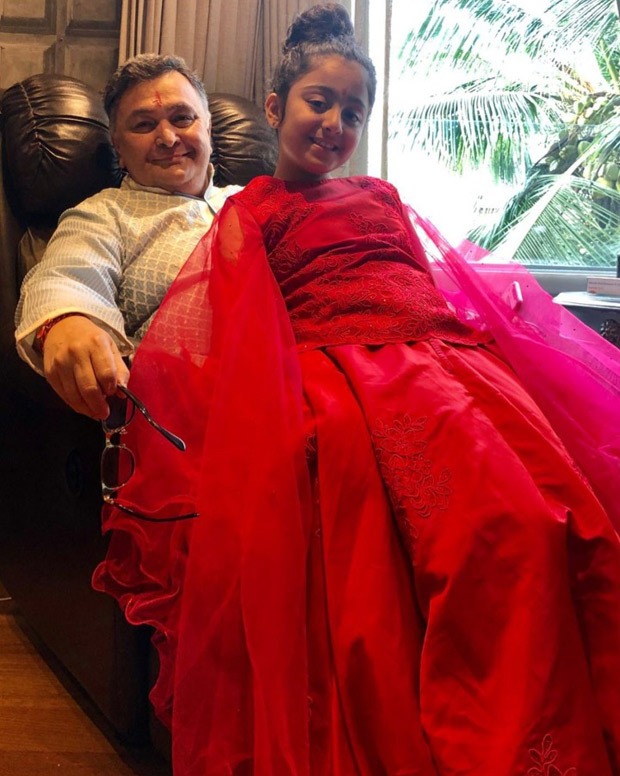 Today, she shared another photo of the late actor along with her daughter Samara. Both of them were smiling in the adorable photo.

As far as Neetu Kapoor is concerned, she has working Diwali. The actress will be starring in Raj Mehta's Jug Jug Jiyo. The film stars Varun Dhawan, Kiara Advani, and Anil Kapoor.