Akshay Kumar had just one release in 2020 – Laxmii. The horror-comedy was released online on Disney+ Hotstar on Diwali and is considered to be the biggest digital hit of Bollywood. A remake of the Telugu film, Muni 2: Kanchana (2011), it told the story of a man who gets possessed by the ghost of a transgender. The film was panned by critics and audiences. However, Akshay’s role as a transgender was much appreciated. His dance in the song 'BamBholle', where he has donned a saree, got appreciation from all quarters. Tusshar Kapoor was the producer of Laxmii and he revealed an interesting incident about the shoot of this song in his recently released book, 'Bachelor Dad: My Journey To Fatherhood And More'. 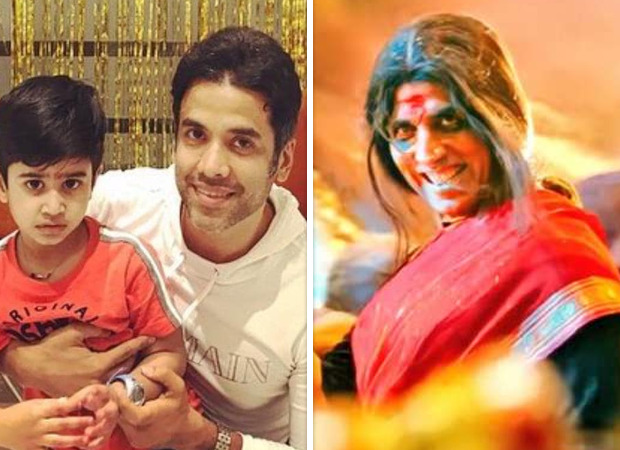 Tusshar has revealed the experiences of raising his son Lakshhya in this book. He mentioned that he decided to take Lakshhya, then 3 ½ years old, on the sets of Laxmii on February 29, 2020. This was the day when 'BamBholle' was being filmed at Mehboob Studios. The kid arrived when a break was announced on the sets. He roamed around the set and found the props entertaining. However, later, when Akshay Kumar walked in, in the transgender avatar and began to make scary expressions as per the demands of the script, Lakshhya got terrified. To quote Tusshar, “I should’ve realized that to see a man dressed in a saree, with long hair, dancing angrily, might be hard for a three-year-old to digest.”

Moreover, for a shot, where Akshay was supposed to swing his long hair to reveal himself and look ferociously at the camera, Laksshya turned his face and tried to hide from the superstar! Tusshar had no choice but to take him to the vanity van to calm him down. Laksshya, however, insisted on going home. With no other choice, he was sent back.

Tusshar Kapoor then wrote in the book that even when he reached home, Laksshya was still in shock! The actor had to explain to him that what he saw was “a part of something like Hollywood, a pretence of sorts.” It took a while but finally, Laksshya was able to come out of the trauma.

Also Read: REVEALED: Ajay Devgn was the original choice for Laxmii; he reportedly turned down the film as he was not comfortable wearing a saree and make-up in the climax