Five years ago if somebody was to tell you that films- big or small-would be released in your living room, you would probably laugh it off. But now, owing to the COVID-19 pandemic bringing about a change in the way we consume content, the biggest of production houses opened up to the idea of completely skipping theatrical releases and making films available to people on their personal devices through OTT Platforms. Dharma Productions, led by Karan Johar and Apoorva Mehta is undoubtedly one of the biggest production houses in India and is largely associated with making larger-than-life films that are usually meant for the big screen. However, things have changed over the past two years with Dharma Productions establishing themselves on digital platforms with quality content. 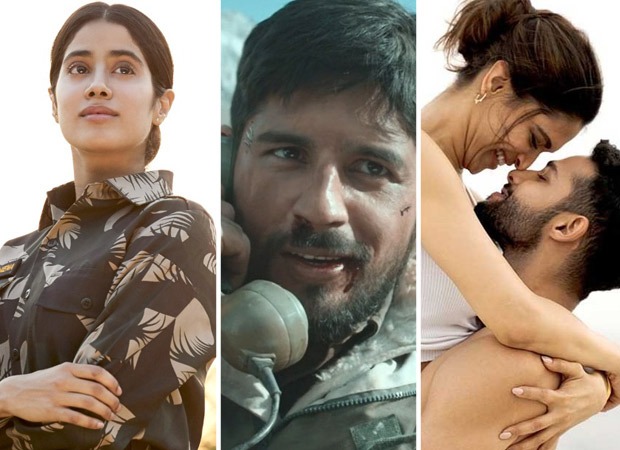 From Gunjan Saxena to Shershaah to Gehraiyaan, Dharma Productions continue their success streak on digital platforms

In less than 24 hours of its release on February 11 on the streaming platform Amazon Prime Video, Shakun Batra directed Gehraiyaan was trending at no.1 on the platform in India. This is an evident indicator of the number of people who were eagerly anticipating the film. The film also screamed star power as it was led by Deepika Padukone, Siddhant Chaturvedi, Ananya Panday, and Dhairya Karwa. The film that spoke about the complexities of modern-day romance, touching upon themes like infidelity, commitment, and desires marked Dharma Productions’ first release of the year 2022. Many wondered why the makers did not opt to release the film in theatres despite it being led by a superstar like Deepika Padukone. But the response by the audience reflects on the production house being right about their decision as it reached the right set of audience.

The Gehraiyaan success comes right on the heels of Dharma Productions' 2021 biggie Shershaah starring Sidharth Malhotra as Captain Vikram Batra. While audiences might expect a film based on a war veteran to be apt for the big screen, Dharma Productions took the decision to land the film on Amazon Prime Video and they struck the right note as the film was a massive hit. According to Amazon Prime Video, Shershaah was, at the time, watched in over 4100 Indian towns and cities as well as in 210 countries and territories around the world. It also became the most popular Hindi film with a rating of 8.9 on IMDb. It had become the most-watched film on Amazon Prime Video.

At the end of 2021, Amazon Prime Video reportedly had over 22 million subscribers in India. The numbers have likely only gone up and above, indicating the massive reach the films are being able to achieve.

Dharma Productions' streak of success is not limited to Amazon Prime Video. Their first direct-to-digital release was with Janhvi Kapoor's Gunjan Saxena: The Kargil Girl which was released on Netflix in August 2020. Though the film got embroiled in some controversies, it had an overall positive word of mouth with almost everyone praising Janhvi for her mature performance. The film was trending on top 10 on Netflix India for several weeks.

Interestingly, both Gunjan Saxena and Shershaah were released on the same date(August 12) a year apart on two different leading digital platforms. Both the films are based on war heroes who served the country during the Kargil War. It led to a back-to-back digital success story for Dharma Productions on both Amazon Prime Video and Netflix.

Apart from the above, Dharma Productions' digital vertical- Dharmatic Entertainment- has also backed some interesting and unique projects made specifically for OTT. From Guilty with Kiara Advani, multi-starrer Ajeeb Daastaans, to the variety show Fabulous Lives of Bollywood Lives or Abhimanyu Dassani and Sanya Malhotra starrer Meenakshi Sundareshwar, Dharma continues to prove its prowess on digital platforms.

ALSO READ: 5 things you did not know about the title track of Gehraiyaan