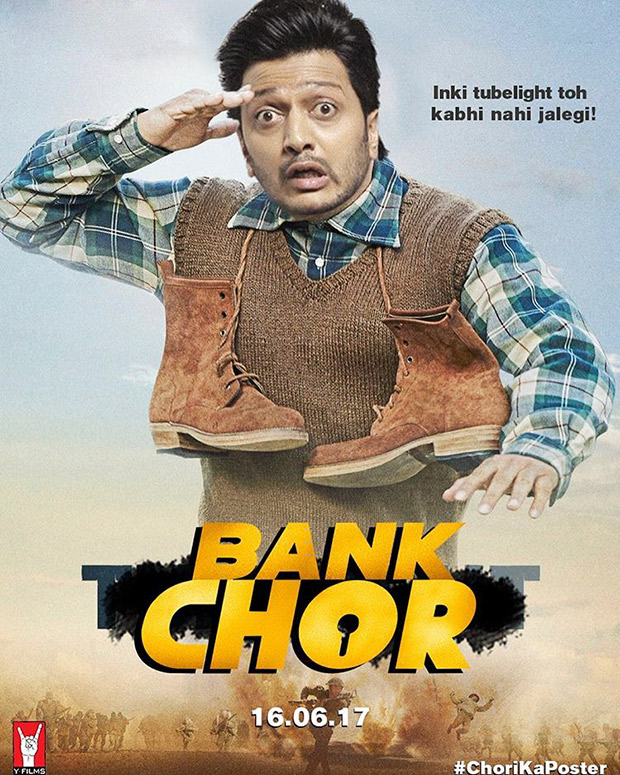 They say that Imitation is the best form of flattery. And when it comes to the master imitator Riteish Deshmukh, even flattery seems to be an understatement. After having mimicked many actors and played with various get ups, this time round, Ritesh Deshmukh chose to play around with Salman Khan’s upcoming film Tubelight.

Besides Ritesh Deshmukh, Bank Chor also stars Vivek Oberoi, Rhea Chakraborty and Bhuvan Arora in the lead roles. Directed by Bumpy, the film is being produced by Yash Raj Films.