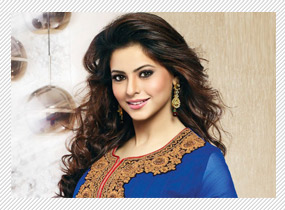 The plot of the keenly awaited Ek Villain continues to get thicker. Just when one had thought that the mystery and suspense elements of the Mohit Suri-directed film were all but cracked, here comes a new twist in the tale. The film has Riteish Deshmukh playing a married man with a wife and a kid. And the woman in his life is played by none other than noted television actress, Aamna Sharif, who is making her comeback to the big screen after half a decade.

"Yes, Aamna plays Riteish's wife. Of what has been shown about their relationship so far, they are much in love, albeit with a few trouble elements coming into play as well. Since the film goes back and forth in time, it is also presumed that it is after a personal tragedy that Riteish turns into the villain of the piece. Having said that, with Aamna's presence in the film and Riteish's background being revealed, maybe it is not Riteish but Sidharth Malhotra who might the real villain in the tale," comments an observer.

While the mind games continue to be played by Balaji, who have pitched the promotion and marketing of the film in an unconventional style, there is an interesting story that goes behind Aamna's selection for the film.

"Hers is an important character, which required an exceptional performer. It is integral to the film's plot and the length of the role too is substantial and not a cameo. Mohit wanted someone who came with a good screen presence, fit into the character, and most importantly, looked compatible with Riteish. There were 8-10 other known faces being considered. However, once Aamna gave her look test, she was on board there and then," the source adds.

A popular name from the world of television who was quite active during her Kahiin Toh Hoga days, Aamna featured as a leading lady opposite her boyfriend (then) Aftab Shivdasani in Aloo Chaat and Aao Wish Karein, both of which released in 2009. Now she is returning to play an important role in Ek Villain.

While one waits to see how she brings some twists and turns to the narrative of this musical romantic thriller, several glimpses of her have been revealed in the 'Awaari' track, which has just been unveiled online.