Actor Akshay Kumar who recently marked 25 years of his film Khiladiyon Ka Khiladi has been challenged for the biggest fight of his life. The biggest highlight of the film was Akshay Kumar's character taking over WWE legend The Undertaker in the film. For the longest time, it was assumed by several that it was the real Undertaker who played the role in the movie. 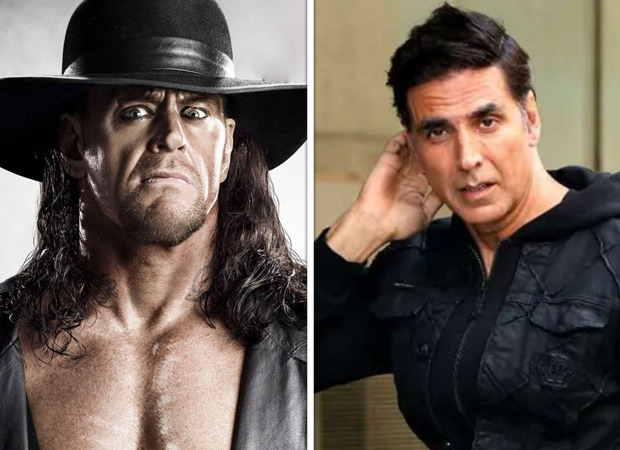 Akshay recently clarified that it was not the real undertaker but wrestler Brian Lee who played the role of The Undertaker in Khiladiyon Ka Khiladi with a fun post on Instagram. But this time, the real Undertaker- Mark Calaway- commented on the post. “Ha! Tell me when you are ready for a REAL rematch,” he wrote. Responding to the comment, Akshay hilariously avoided taking up the challenge. “Let me check on my insurance and get back bro,” he wrote.

The official Twitter page of WWE India shared a screenshot of their comment and wrote, "Interesting" with wide eyes emoji.

A few days back, Akshay had shared a meme that mentioned him among the few people in the world who defeated the Undertaker in a fight. “A hilarious note to mark 25 years to the release of #KhiladiyonKaKhiladi tomorrow! A fun fact though: it was wrestler Brian Lee who played The Undertaker in the film,” he captioned the post.

Mark Callaway aka The Undertaker is one of the biggest fighters of WWE and made his debut in 1991. He retired in November last year.