Last Updated 03.08.2020 | 6:30 PM IST
feedback language
follow us on
Home » News » Bollywood Features News » Bollywood News Ranveer Singh posed for the cover of Rolling Stone with his IncInk squad and it is LIT!

Ranveer Singh, very recently announced the launch of his own record label called IncInk, posed for the cover of Rolling Stone magazine with his artistes. While launching the record label, he announced collaborations with 3 rappers who have worked with him in Gully Boy. Chaitanya Sharma, aka Slow Cheeta, Kaam Bhaari, and Spitfire, are the three artistes collaborating with this record label started by Ranveer Singh and Navzar Eranee. 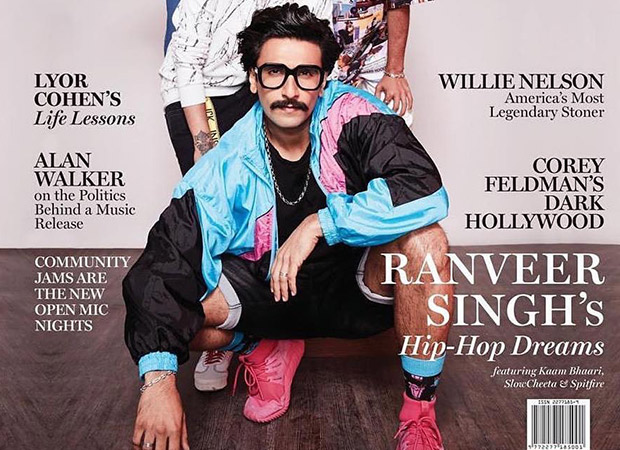 During the launch of the event, the first music video featuring Kaam Bhaari was released and it has already taken the netizens by the storm. Rolling Stone being one of the most popular magazines of the country, featured these budding artistes with the man of the hour and they are super thrilled. This cover being a dream come true moment for them, the boys are even more excited to show what they’ve been working on for so long.

Ranveer also spoke about how they are willing to collaborate with more artistes in the future and are also looking to expand their horizons when it comes to genres of music. Take a look at the cover and we bet you will love it too.

On the work front, Ranveer is currently shooting for his upcoming film, ’83, a Kabir Khan directorial. The movie is based on the historic win of the Indian cricket team’s first World Cup after Independence. This multi-starrer film has the boys training rigorously for perfecting their playing technique.