After hosting the much talked about anniversary bash of Lagaan, Aamir Khan recently hosted another party at his residence in Bandra, Mumbai. It was an after party post the premiere of Laal Singh Chaddha. The premiere for the film was a star studded night with many celebs from B-town also gracing its red carpet. Amidst them was also Ranveer Singh who attended it with his wife Deepika Padukone. Later, the actor also visited Aamir’s residence where the after party was planned. 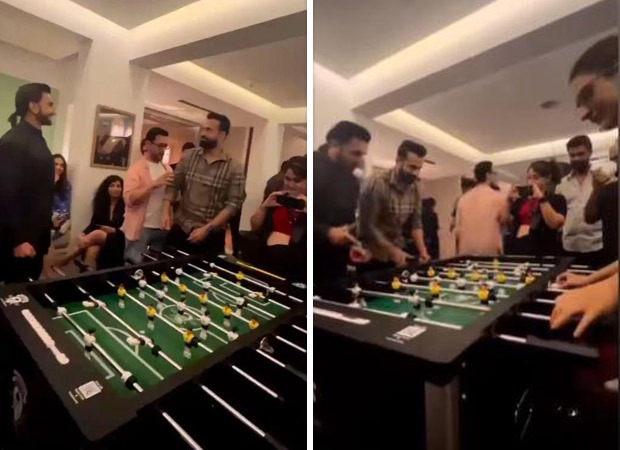 The after party was an intimate affair with close friends and family attending it. Amongst them was also Ranveer Singh who joined Fatima Sana Shaikh for a game of foosball. It seems that when Ranveer Singh entered he saw the foosball table around and was eager to join them.

While there were many who were already playing it including Fatima Sana Shaikh, the actor joined them for a game. Amidst all that, he also warmly greeted others at the bash. The entire thing was being captured by Aamir’s daughter Ira Khan on her phone. Since Aamir Khan is not on Instagram, the video was shared by Aamir Khan Productions on their official page as a ‘story’.

Readers would be aware that Ranveer Singh had also taken to Instagram to share about his experience of watching Laal Singh Chaddha. The actor had penned a long note on social media regarding the film where he had described the film saying it is life itself. Here, have a look at his emotional post: