Ever since the trailer of Arjun Kapoor's Panipat came out, the internet has been pointing out many similarities between that and Ranveer Singh's Bajirao Mastani, set amid a similar backdrop. Trolls might just call Arjun's character's appearance heavily 'influenced' by that of Ranveer from Bajirao Mastani, but we all know that they are best friends. And this debate has no impact on their famous bromance! 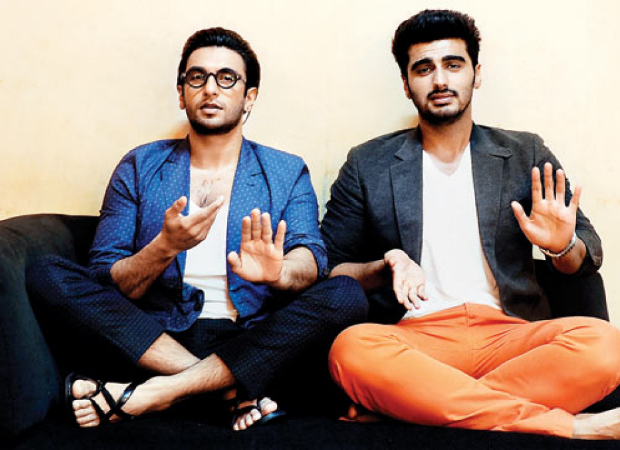 Hence, a day before Panipat hits the theatres, Ranveer took to Instagram to wish 'Baba' Arjun in his own unique. Sharing a photo of himself hugging Arjun, he wrote, 'Bajirao and Sadashivrao ❤ Go forth and Conquer ! ⚔ #BabaPower @arjunkapoor'.

Such a moral booster, isn’t he!

Panipat, directed by Ashutosh Gowariker and also starring Kriti Sanon and Sanjay Dutt among others releases tomorrow i.e. 6th December. Ranveer, on the other hand, is waiting for the release of Kabir Khan's sports drama '83, that also stars Deepika Padukone in a brief role. Post the release of '83, he begins shooting for Yash Raj Film's Jayeshbhai Jordaar.