Arjun Kapoor is gearing up for his upcoming release Panipat, a historical drama based on the third war of Panipat between the Afghans and the Marathas. The film has been hitting the headlines for a while now, for reasons more than one. As he and co-stars Kriti Sanon and Sanjay Dutt promote the film, Ajun also took to social media to share a still of the film with us. 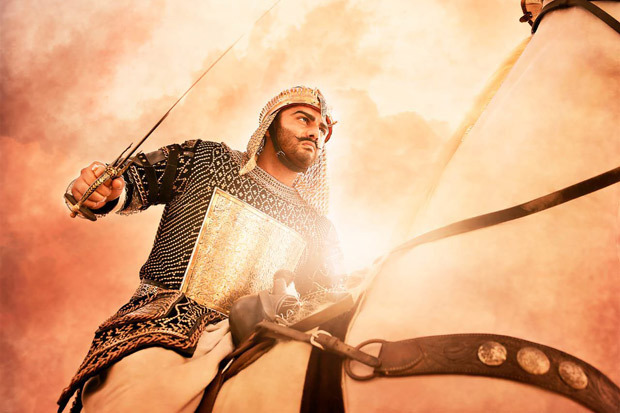 The photo has Arjun, in his Sadashiv Rao Bhau avatar, chalking out a war plan which he explains to his army and others mindfully listen to him. "MARATHA. Bharat Bhoomi Ke Woh Yoddha, Jinke Liye Unka Dharm Aur Karm, Unki Veerta Hai," he wrote. Check out the photo below.

As he awaits the release of Panipat, Arjun has also shot for Dibakar Banerjee's Sandeep Aur Pinky Faraar, along with Parineeti Chopra. The film is likely to get a release date after YRF's next on-line release Mardaani hits the screens. He also set to star in a yet untitled project directed by Kaashvie Nair, and will be romancing Rakul Preet Singh in the same.