Dabangg 3 is touted to be the biggest movie of this year and to make sure everything is as grand as it can be, the makers roped in Kichcha Sudeep as the villain opposite our beloved Robinhood Pandey. 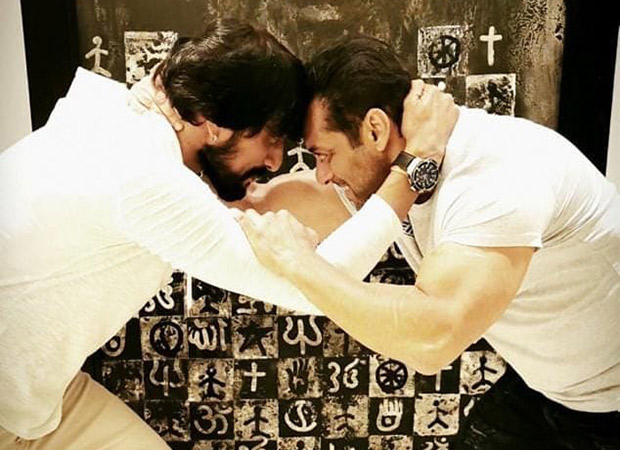 The audience is thrilled after witnessing Kichcha Sudeep in the trailer fighting Salman Khan. Recently, the actor shared a bare body still from the climax scene with one of his dialogues written on it from the movie.

Sharing the picture on his social media handle Kichcha Sudeep writes, "One of my fav lines ,,, penned by the man himself,,,???? @beingsalmankhan #Dabangg3 ,, world wide release on 20th Dec."

Actor Sudeep is playing the role of Balli Singh who's the antagonist of Dabangg 3 and will be seen having some intense fight sequences with Salman Khan which will be a treat to watch on screen.

Sudeep's work in Makkhi, directed by S.S Rajamouli was appreciated a lot by the audience and the critics, post which the actor did not pursue and do any other Hindi film as the antagonist, it was only until he was offered a role opposite Salman Khan in the blockbuster Dabangg franchise that he decided to come back to Hindi films as the villain.