Ranveer Singh has been making the best of his visit to the United Kingdom as he was specially invited to watch Premier League football in the country. In between matches, the actor is also spending his time indulging in various touristy activities. On Wednesday, the actor dropped pictures and videos of him enjoying a sailing session in the sea. 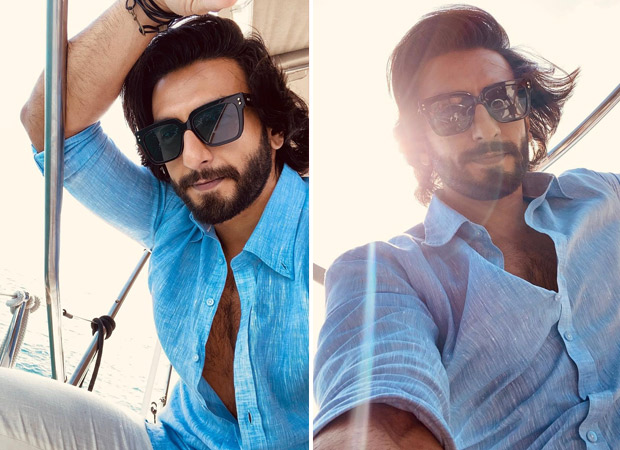 For his day out in the sea, Ranveer kept it simple in a comfy yet stylish blue linen shirt and beige linen pants. The actor completed his look with a pair of black sunglasses and a wristwatch.

Sharing the pictures and videos from his sailing experience, Ranveer added an array of hashtags in the caption- "afternoon, sail, sunshine, love." Commenting on the post, Ranveer's co-star from the 2014 film Gunday Arjun Kapoor wrote, "This hair beard is bikram circa 2014."

Some fans could not help but be reminded of Deepika Padukone's recent release Gehraiyaan which had several scenes set in the sea with the protagonists often going sailing in the sea.