Ranveer Singh has been teasing the fans with individual posters of his squad of '83. The actor along with the team of his film and original 1983 World Cup squad flew to Chennai for the grand poster launch in presence of Kamal Haasan among other celebrities. 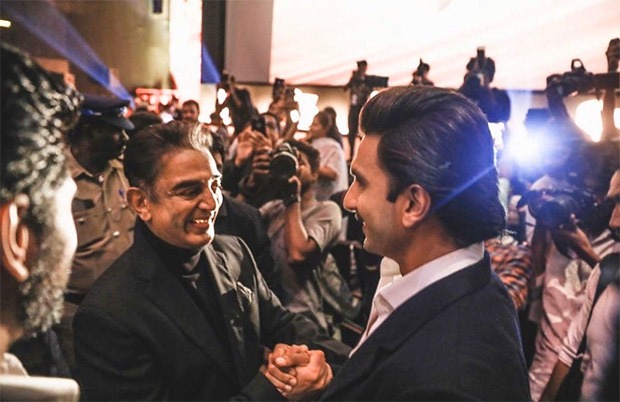 While the event was definitely on a huge scale, the after-party saw some of the biggest South superstars under one roof. Ranveer Singh was seen in a photo with Siddharth, Vijay Sethupathi and Pooja Devariya. The actress shared a couple of pictures and wrote, "Power House" after sending best wishes to Ranveer and the team of '83. In another set of photos, the actor was seen bonding with Kamal Haasan who will present the film in Tamil. 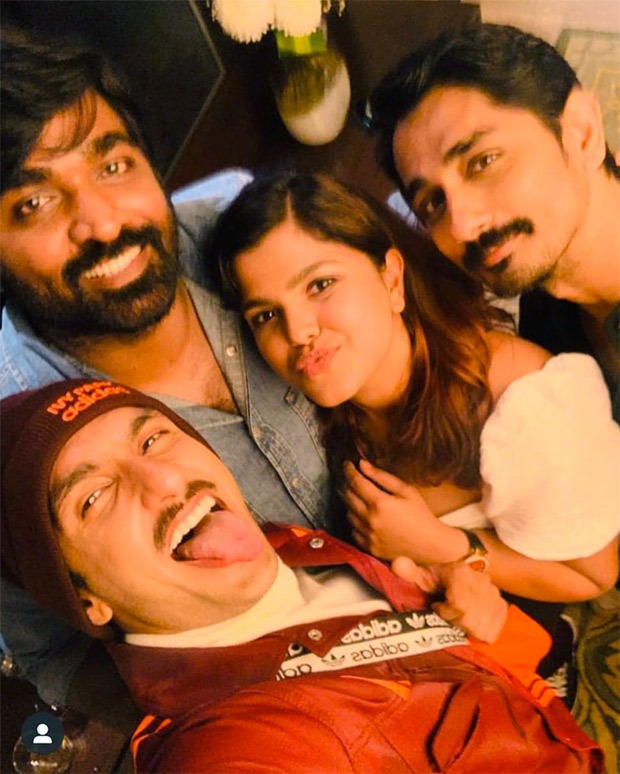 Touted to be the biggest sports film of all time, '83 is being co-produced by Madhu Mantena, Sajid Nadiadwala and Reliance Entertainment. The movie is based on the victory of the Indian cricket team in the Cricket World Cup 1983 lead by the all-rounder Kapil Dev. The film is slated to hit the screens on 10th April 2020.

One of the greats of acting ???? What an honour @ikamalhaasan

ALSO READ: Deepika Padukone asking Ranveer Singh to get food items from Chennai is every wife ever!