In the most tragic news, LA Lakers' basketball superstar Kobe Bryant passed away in a tragic helicopter crash on Sunday, January 26 in Calabasas. TMZ Sports confirmed that Kobe was along with five people on the private helicopter before it went down. Along with him, his 13-year-old daughter Gianna also died in the crash along with her friend and her friend's parents. 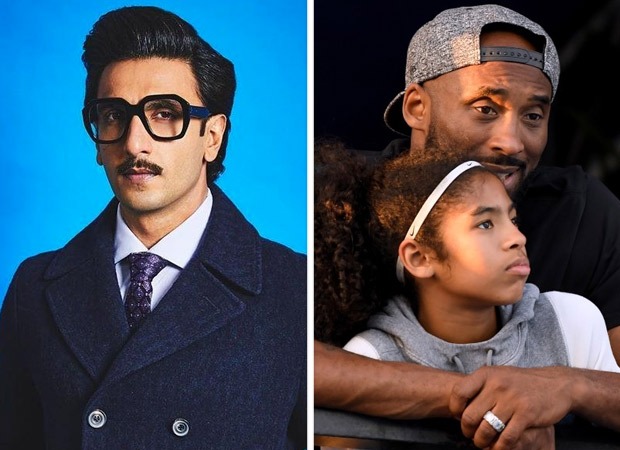 This news has left everyone in shock as Kobe Bryant was 41 years old, survived by his wife Vanessa and four daughters. He was a five-time NBA champion during his 20 years with the Los Angeles Lakers, 18-time All Star, two-time NBA finals Most Valuable Player (MVP), and named the NBA’s MVP in 2008.

Kobe Bryant was my first real introduction to the NBA. I was 13 living in Queens NYC, the same age as his sweet little girl, Gianna. He ignited my love for the sport, competition, and striving for excellence. He inspired an entire generation. His legacy is so much bigger than basketball. This heartbreaking accident also took the life of his young daughter, Gianna. I’m shook and so saddened. My heart goes out to Vanessa, Natalia, Bianka, and Capri Bryant. You are in my thoughts. Also sending my condolences to the loved ones of the other family and pilot in the accident. Being at tonight’s Grammys ceremony in his home at the Staples Center is going to be surreal. ???? #RIP #KobeBryant #RIPMamba

Life is fickle, it all eventually feels kind of pointless. R.I.P @kobebryant #blackmamba #24

Heartbroken. #ripkobebryant He was such an inspiration. Thoughts and prayers to his family and especially with his daughter Gianna. #Lakernation #mambaforever #8 #24

‪Heartbreaking to wake up to news like this ????. He had no clue who this basketball loving bollywood actress was, but he was warm, he was funny and he was inclusive. #RIPKobe #RIPGianna ????‬#nbalegend

R.I.P Kobe, his little daughter & all those that lost their lives on that helicopter. My heartfelt prayers for all the grieving families ????????#Gonetoosoon #RIP #Legend

I grew up watching this legend play. Made me wake up early in the morning to catch the games, the playoffs. Inspired to practice those 3 pointers. The reason i love basketball. Its so sad. Prayers are with your family. You will be missed kobe.

Heartbroken. #ripkobebryant He was such an inspiration. Thoughts and prayers to his family and especially with his daughter Gianna. #Lakernation #mambaforever #8 #24

I didn’t follow the sport and can’t claim to have known too much about him...but this untimely death of a father and daughter just breaks my heart...I hope the universes give strength to his family , friends and fans across the world....#KobeBryant #RIP

Checked with Ranbir.Being an ardent fan of the game and Kobe himself, he was specially taken to watch a game Lakers v/s New York Nicks at the Madison Sq. Gardens,NY. After the game he gave his shoes and autographed it to Ranbir. This is during “Anjana Anjani”shoot in NY. https://t.co/o5qrbmEi4D

#RIPKobeBryant & his little girl. So sad. Life is so unpredictable. pic.twitter.com/CgUdIt9Wbt