Khido Khundi, where Khido means a ball made of torn clothes, Khundi means a curved stick, is a film which is set at the backdrop of a village Sansarpur, known for producing 15 Olympians who brought laurels to the nation. This film, very closely, relates to the sentimental values of the village Sansarpur- known as the Mecca of Hockey. Many Olympic Golds, Silver, Bronze medals came from that one village for Indian Hockey and of course the heroes are forgotten now (like all good things). 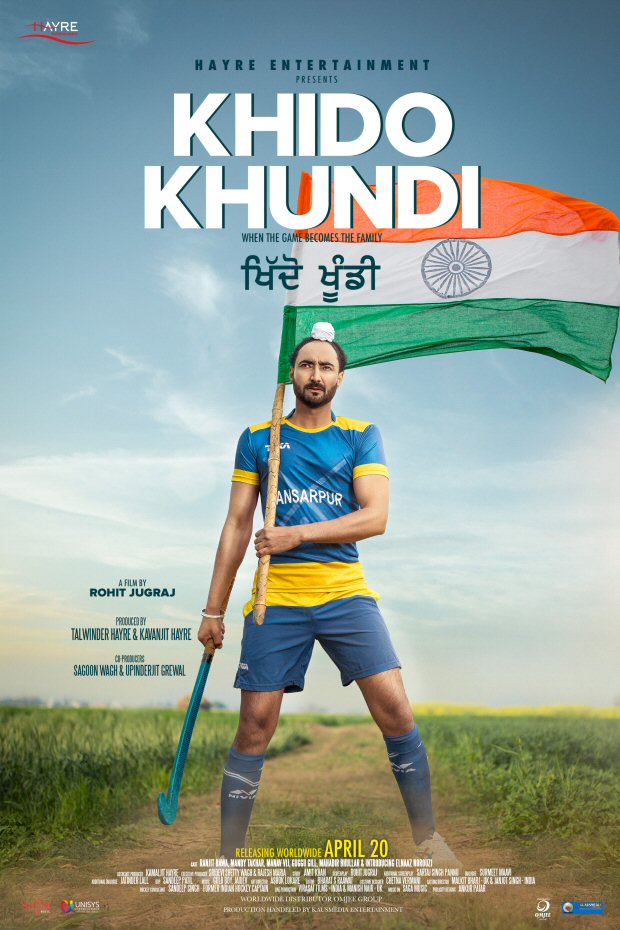 The film’s trailer is a feast to the eyes. It has stormed the internet today and has raised the expectations of audiences. The film features Ranjit Bawa as the protagonist, who rose to fame with his Punjabi album ‘Mitti Da Bawa’. It also stars Mandy Takhar as the female lead, and Manav Vij who has played the role of the hockey coach in this film. It is believed that erstwhile Captain of the Indian National Team, Sandeep Singh, has trained the promising cast of this film.

The film is based on the land of Punjab which gave birth to the game of Hockey. The story is not about a particular person or event, but bravado of two brothers who are passionate about the game. This film, directed by versatile director Rohit Jugraj, produced by Talwinder Hayre is all set to release on April 20, 2018.