Upcoming biopic of the Param Vir Chakra recipient Subedar Joginder Singh has been the talk of the town for all the right reasons. Be it the subject matter of the film, the fact that it’s the first ever biopic to be made on a Param Vir Chakra recipient, the past releases of the film- actor’s look revelation, teaser of the film, the video which clearly showcased the tough and challenging living conditions at the shoot locations, so on and so forth. Recently, the film’s first poster was released, which nearly stormed the internet. 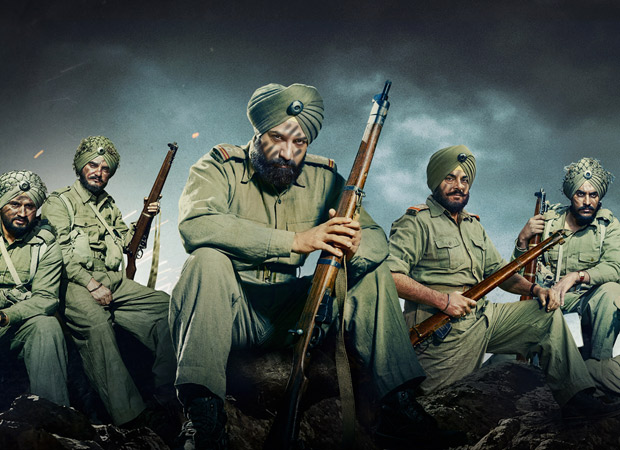 Subedar Joginder Singh enthralls the audiences yet again, with the release of its second poster

Today, with the release of the second poster of Subedar Joginder Singh, the people can’t stop talking about it already! The massive star cast which the makers have roped in for this film is almost like the entire gamut of artists one will get to see on one screen. The fans/ viewers of the actors are indeed going to have a wonderful time when the actors will create their magnificent aura on the screens having projected as glorifying soldiers.

This film talks about the journey of Subedar Joginder Singh, and his fellow soldiers, from being a recruit in the British Indian Army to the legend he became.  The film’s poster is a very promising, intriguing, intense and passionate. It takes a fair deal of effort for anyone to come to terms with the fact that they are actors and not real soldiers.

We must confess, the looks have been amazingly pulled off by the artists and each one looks compelling, and absolutely convincing. Gippy Grewal starrer, Subedar Joginder Singh, directed by Simerjit Singh, and produced by Sumeet Singh, CEO of Saga Music and Unisys Infosolutions, is all set to hit the silver screens worldwide on April 6, 2018 worldwide.