Among the top achievers at this year's Star Screen Awards was Ranveer Singh and Alia Bhatt's Gully Boy. While the film bagged as many as 11 awards, Alia was awarded in the Best Actor (Female)- Popular Choice category. While she herself and the fans are elated, Rangoli Chandel has taken to Twitter to take a dig on Alia for award fixing! 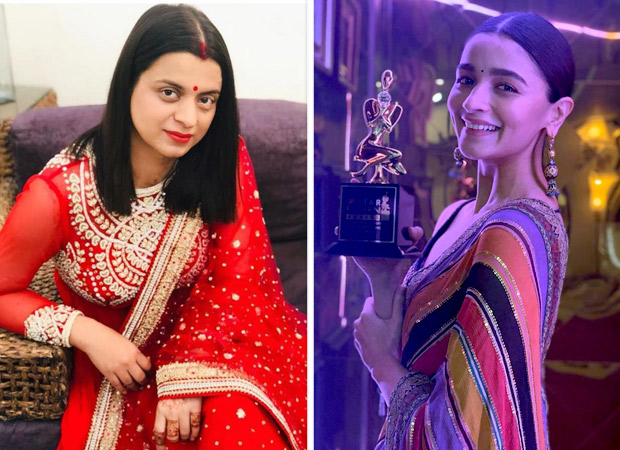 It so happened that a video of Alia walking out of the venue's backdoor with the award in hand much before the award ceremony took place, is doing the rounds on the internet. Sharing the same, Rangoli made quite a strong taunt. "Chalo itni honesty toh hai ki yeh kaam chup ke kar rahi ho, sabke samne nahin, achcha laga kuch toh bacha hai andar abhi bhi jo rok raha hai (Glad to see that you aren't doing this openly. At least something within you is asking you to keep it discrete),” she wrote.

This isn't the first time that Alia is on Rangoli's radar. She has time and again slammed the Kalank actor, referring to her as a product of nepotism and doesn't leave any opportunity of taunting her for her closeness with Karan Johar. We wonder how Alia would respond to the latest dig!