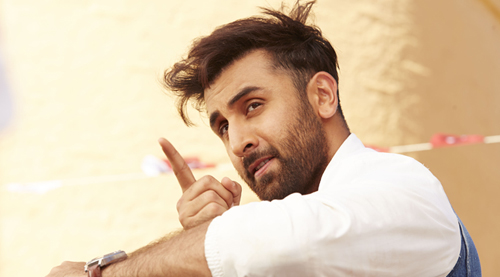 There are certain films that aim at hitting a six on the very first delivery. Many a Rs. 100-200 crore

hits/blockbusters have done that by making immense moolah in the first weekend/week itself. Then there are a few which enjoy a

steady run at the Box Office, courtesy fabulous word of mouth, which allows them to stay much longer in theaters.

Ranbir Kapoor has done this once before in Barfi!. Now if the kind of content that Tamasha has to offer and the

manner in which the makers are pitching the film, a similar outcome is being expected out of it.

"Let's call it straight, Tamasha is not on the same lines as, say, Ranbir's own Yeh Jawaani Hai Deewani," says an

insider, "Of course Ranbir and Deepika feature in here as well, they are traveling together and they are having fun. However,

'sur' of both films is different. You can't expect a 'Balam Pichkari' or 'Dilli Waali Girlfriend' in a set up

like Tamasha which is about self-discovery. Look at it closely and you would realize that after a concert setting in

Rockstar, director Imtiaz Ali has moved on to a theater zone in Tamasha."

That's something that bosses attached to Tamasha realize as well. After working together in many films, Sajid Nadiadwala

and UTV [who also brought to fore Barfi!], are allowing the film to find its own growth with audience calling out what

lies beneath, instead of thrusting it upon them.

"Have you seen anyone attached to Tamasha go berserk on painting the town red about it? Naah," adds a source, "Yes, the

film has been pitched wonderfully well, as far as class execution in scenic locales is concerned. It looks every bit a big film

for the big screen. However, there isn't an 'item sequence' presentation per se. There is a lot in the offering from the film,

as far as core content goes. Imtiaz knows what he has made, Sajid is confident of what he has to offer and the cast of Ranbir

and Deepika are content with the way all of this is being sold to the audience."

The expectation is on the same lines as well.

"Films belonging to this style, treatment and presentation find their own path, and what works for Tamasha is an

extended time period available at its disposal," a trade commentator opines, "It is a solo release of the week, so there is no

threat from another film. Moreover, Prem Ratan Dhan Payo euphoria has settled down too. A week later, Hate Story

3 arrives and that has a target audience entirely different from Tamasha. Then there is no release on the Friday

after that. Tamasha practically gets three weeks for it to see an extended run till the release of Bajirao

That's pretty much the kind of run that Barfi! enjoyed too when it grew from strength to strength after a decent

opening, only to go well past the 100 crore mark.

Will history, which was made not too far back in 2012, repeat itself?