Ranbir Kapoor is playing a larger-than-life quintessential Hindi film hero with the action entertainer Shamshera. Ranbir, who is coming to the big screen four years after he delivered the blockbuster Sanju, is pitted against Sanjay Dutt who is playing an evil, merciless, cold-hearted brute force of nature, Shuddh Singh. Sanjay Dutt vs Ranbir Kapoor is the clash of the year on the big screen and Ranbir will be seen pulling off many visually stunning action set pieces in Shamshera! One such is a Kalaripayattu-inspired edgy fight sequence which has been directed by Franz Spilhaus, who has previously choreographed films like the Denzel Washington starrer Safe House and Hrithik Roshan and Tiger Shroff’s blockbuster WAR. 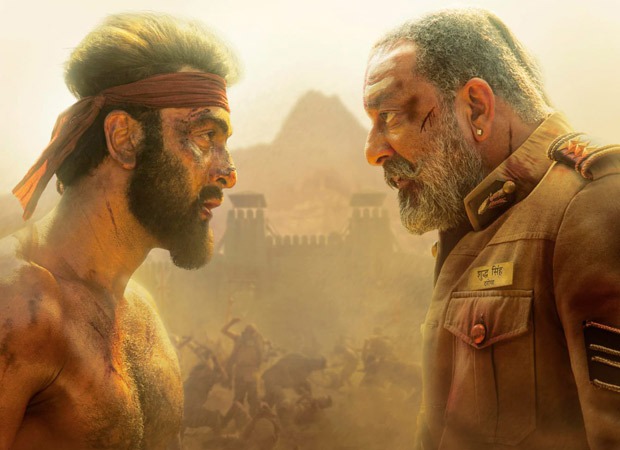 Kalaripayattu is a martial art designed for the ancient battlefield (the word Kalari meaning battlefield), with weapons and combative techniques that are unique to India. In this scene, Ranbir fights an army general with a long, deadly wooden log as their choice of weapon.

Director Karan Malhotra explains, “Shamshera is a film that is extremely rooted to India and its culture and traditions. Being set in the 1800’s it was important that action set pieces also look from that era and are mounted at a visual scale like never before. We wanted audiences to see something new and we have tried to achieve this. Ranbir is playing the Hindi film hero and he has to pull off incredible action scenes. One such scene required him to pull off a Kalaripayattu inspired fight sequence that we shot on a really dusty field and constructed an arena that resembled the arena of those times!”

Karan adds, “As an actor, Ranbir jumps at anything new! So, when we explained the scene to him, he wanted to ace it and I remember he put in many, many days rehearsing the scene with the action director of this sequence, Franz and his team. This scene is filmed on Balli, who has to fight the army general, at a hugely critical juncture of the film. It was a challenging shoot sequence. It was hot, it was humid and it was really really dusty. To make matters worse, it was also windy. But hats off to Ranbir for pulling this off with elan. This is one of the biggest highlight points of the film and I hope people love it.”