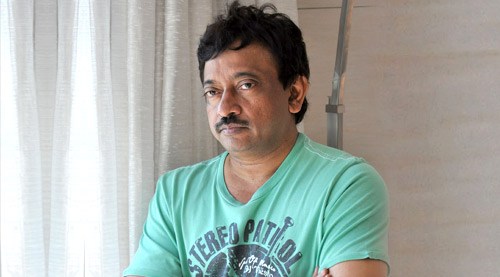 You've done it again, stirred up a huge controversy, this time with your remarks on Lord Ganesha?

The moment you say, time and again it also means that it's a part of my nature and inner personality to express what I feel in a manner I chose to... And this is not the first time I've done this. If people are interested they can go and check my tweets in the last 4 years and they will find many similar ones.


Are you proud of offending people?

It's the way I am. If you remember there was a huge furore over an abusive word I used against Amitabh Bachchan. Everybody got into frenzy except him whereas in reality he should have been the only one to get upset. He didn't get upset only because he knew and understood the context.

I believe you are getting a lot of death threats after your Ganesha threats. Doesn't this kind of situation scare you?

It's not true that I got death threats ...as per the random comments from unknowns on the social network everyone knows that those are just wild snarls from a hideout of anonymity.

A lot of people believe you deliberately provoke people with your tweets to get attention?

People will believe what they want to believe irrespective of what I say. So there's no point in saying anything.

Are you anti-religion or just a cynic? Don't you think it's wrong to attack religious beliefs?

I am anti anything I don't agree with and I am not attacking anything or anyone other than just expressing my opinions which I have a right to do like anyone else in a free democratic country.

You've been missing from Mumbai for nearly six months now? Have you decided to quit Hindi films and make only Telugu films?

Your new Telugu film Ice Cream flopped. You apparently threw a party celebrating the failure. What does this mean?

This is the funniest thing I've heard. Ice Cream is probably the biggest hit in a ratio of investment versus return. And my proof of that is Ice Cream 2 is just being wrapped up.

Have your friends from the Mumbai film industry kept in touch with you while you are stationed in Hyderabad?

I don't have any friends and never had any.

Don't you feel isolated from the entertainment industry by your own cynicism and sharp tongue?