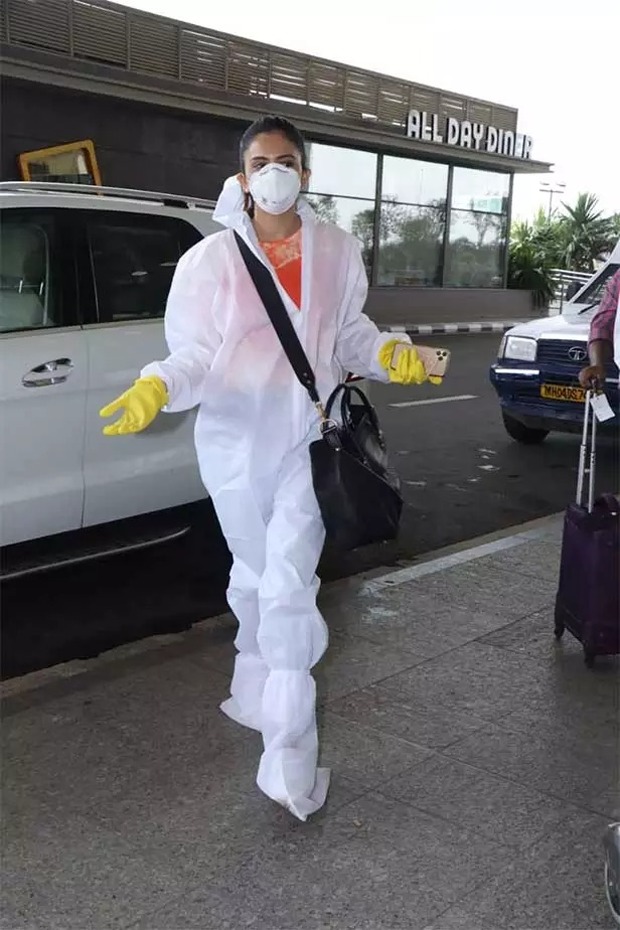 Rakul took to Instagram Stories to share photograph of herself at the airport wearing a PPE suit. Paparazzi captured her completely dressed in the gear. She wrote, "#MissionFlight." 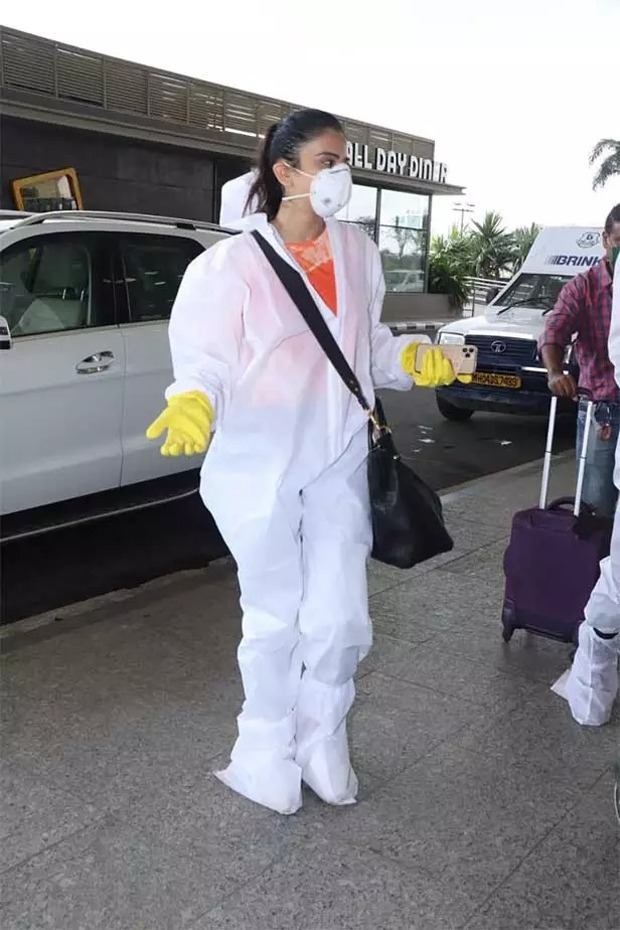 She then shared a video where she said, "Hi guys who would've thought that there will be a time that this is how we would have to travel. With shoe covers."

On the work front, Rakul will next be seen in a cross-border romantic-comedy with actor Arjun Kapoor. The film is directed by Kaashvie Nair. She will also star alongside Kamal Haasan in the upcoming film Indian 2 with Kajal Aggarwal and Vidyut Jammwal.