One of the highly anticipated films of the year is Sanjay Dutt biopic titled Sanju starring Ranbir Kapoor in the lead. The film, helmed by Rajkumar Hirani, will tell the tale of the bad boy of Bollywood who went through craziest phases in his life in front of the limelight. After releasing the first teaser of the film last week, filmmaker Rajkumar Hirani has shared the second poster of the Sanjay Dutt biopic featuring Ranbir Kapoor. 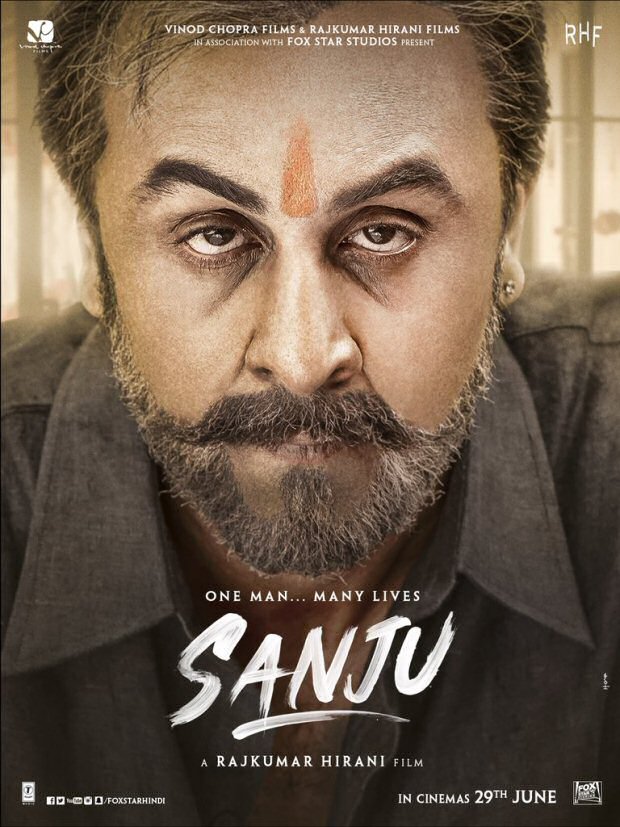 After sweeping the audience by their feet with the uncanny resemblance between Sanjay Dutt and Ranbir Kapoor in the teaser and first poster, director Rajkumar Hirani shared the second poster of the film on Twitter. Sharing the poster on Twitter, Rajkumar Hirani said, "Ranbir as #Sanju! When he came out of Jail in 2016. Watch his complete story on June 29. #RanbirKapoor #RajkumarHiraniFilms @VVCFilms @foxstarhindi".

While the earlier poster gave us glimpses into the varied avatars donned by Ranbir Kapoor as Sanjay Dutt, the latest poster focuses on an aspect of his life that made headlines. Giving us a close up of Ranbir Kapoor, the poster sends chills down the spine with the striking resemblance.

The teaser of Sanju has been applauded by not just the audience but also the critics, leaving everyone excited for the film. Within no time, the teaser and poster spread like wildfire on the internet making for the most watched teaser and the newest meme fodder for netizens. One of the most anticipated films of the year, Sanju has taken the audience by surprise with Ranbir Kapoor's amazing transformation as Sanjay Dutt.

Written and directed by Rajkumar Hirani, the film will also stars an ensemble cast in addition to Ranbir Kapoor which includes Paresh Rawal, Manisha Koirala, Vicky Kaushal, Sonam Kapoor and Dia Mirza amongst others. Produced by Vinod Chopra Films and Rajkumar Hirani Films in association with Fox Star Studios, Sanju is all set to be released on 29th June 2018.