Rajkumar Hirani’s Sanju is all set to hit screens on June 29 and the makers are not leaving any stone unturned to make sure that the film is received well by masses all over the world. It indeed is a brave deed to even think of making a movie on someone as conflicted, controversial and complicated as Sanjay Dutt. We all know that he is Bollywood’s original bad boy and that is not his only identity. There are many layers to this man and this film is an attempt at peeling at least a few of them to reveal his interesting AF life story. In an exclusive interview with Bollywood Hungama, director Rajkumar Hirani spoke about the real reason why he opted to make Sanju’s biopic in the first place. He also addressed the criticism he received from his detractors who claimed that this movie is an attempt to white wash Dutt’s image in public mind. 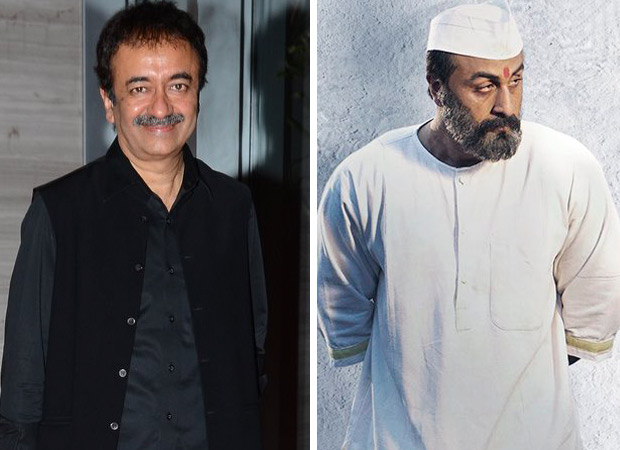 Raju Hirani said that he and Abhijat Joshi made sure that whatever Sanjay Dutt told them about his life was cross checked to ensure that they show truth and only truth about his life on screen. Hirani said, “When he (Dutt) started narrating, the story he was telling was so unbelievable that Abhijat and me thought that this can’t be true. Once he told us that he was in Chicago for the India Day Parade and Barrack Obama was also present. He said we were walking together and suddenly a lot of people came running to me and Obama was left behind. Abhijat then tracked the newspapers down and found an article in Chicago Tribune which mentioned the incident. Obama was not a president then but a senator there. This is one of the stories.” There can be ten films made from one life story of Dutt, that is true but the makers have ensured that they adhere to the reality while making Sanju.

Raju Hirani further said, “Primary story was to see what he (Sanjay) was saying. Sanjay Dutt was first source. We approached Priya Dutt, Kumar Gaurav, his friends Benny, Paresh and of course senior cop, Rakesh Maria. We spoke to a lot of cops.” Hirani said that they ensured that all facts especially about Dutt’s legal hassles and jail sentence were checked meticulously. At the end they concluded that Sanjay Dutt is a good story teller, he says things in an interesting way but more or less all stories were truthful, otherwise there would not have been any reason for him to make a film.

Hirani then brushed off the general criticism that this is a propaganda film. He added, “There is no reason for me to make a film to clear his image. I am not an out of work director to make a movie to whitewash his image. My greed as a filmmaker is a great story.”

According to Raju Hirani, the only reason he made Sanju was because it was a great story begging to be told and he was convinced that he should tell this story.