Singer Rahul Vaidya and actor Disha Parmar continued their wedding festivities with a grand reception on Friday night. The pictures and video of the couple have been doing rounds on social media. Disha and Rahul looked exceptional during the celebrations. From giving us complete traditional looks, they both chose contemporary fashion with bling for the reception. 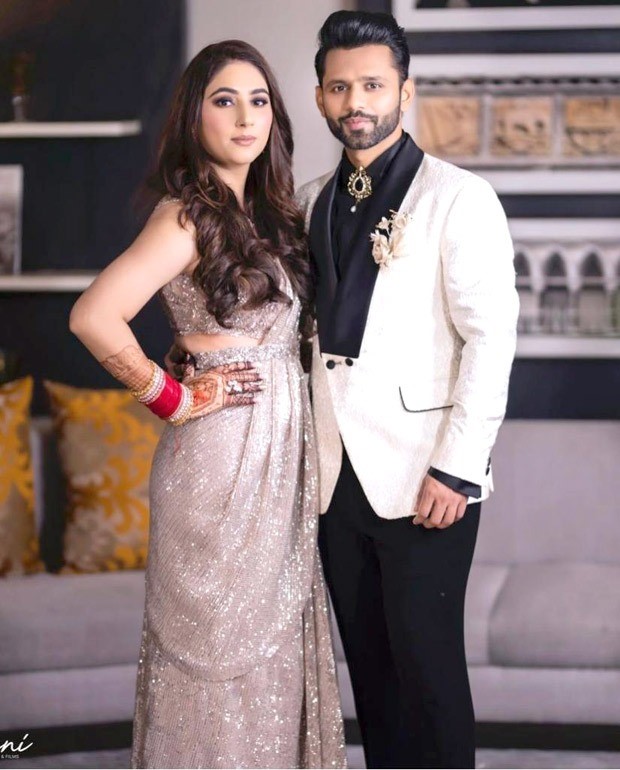 Disha was seen in a sequin saree from label Dolly J studio. She wore this magnificent bling pre-draped saree with a sleeveless, backless blouse with heavy sequin work. She added the much needed fashion oomph with a belt to cinch the waist. Her makeup was shimmery with eye shadow and her hair in curls.

Rahul, on the other hand, complemented his bride in a brocade white blazer with black trousers and a shiny embellished brooch. He had his hair in a perfect quiff. And he looked like a handsome groom to bring on the crazy party night.

They were both seen having a gala time at the party dancing their hearts out and being the perfect hosts and having the time of their lives at the wedding!

Rahul Vadiya, a singer who rose to fame during the first season of Indian Idol, and Disha, an actor, have been dating for a few years. The singer proposed to her during an episode of Bigg Boss 14. After months of speculation, Disha finally arrived on the show and accepted his proposal.