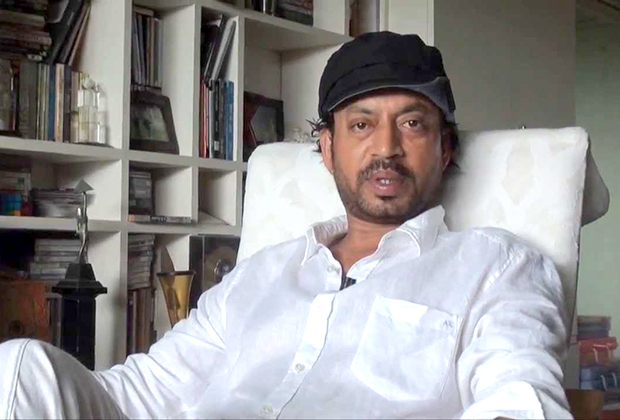 There were reports that Irrfan Khan is supposed to work with Pakistani actress Saba Qamar in a Dinesh Vijan production. In a Bollywood Hungama exclusive video interview, I asked Irrfan that, instead of asking his opinion on the raging controversy on Pakistani artists, we would like to know what are his thoughts in the manner in which some of the actors and film personalities are being bullied on national TV. And this is what Mr Khan replied, "For me, the thing which bothers you is when you say something in a particular context and then there’s this game of cut and paste happens and then the context is completely lost and your words are put in a completely different context that is a very dangerous thing and that doesn’t allow to say or give your opinion. You are always very cautious about giving your opinion, because, you never know in what context will it be used and that’s not a healthy atmosphere."

I asked Irrfan Khan that “Before the release of Madaari, you made this statement of how Baqr-i-Eid should be celebrated with the right spirit and there was a lot of hue and cry and you got a lot of support as well. You also said on a television interview that am I allowed to say about Holi or Diwali? Do you think that in general there should be reforms as far as Indian society is concerned irrespective of any religion?” To which, Irrfan Khan diplomatically replied, “See, I am not in a position to give an opinion about Indian society or any society but I don’t think they need my opinion. When I’ll feel the need and when I see it’s going to matter, then it would be better to give my opinion that time. I think the world is fair with the way it has to go. It doesn’t need my opinion at all”.