Tiger Shroff, who is all set to make his singing debut with the single 'Unbelievable', has been sharing his excitement by sharing pictures on his social media. As soon as he began working on the song in May, the actor called his Student of the Year 2 director Punit Malhotra, requesting him to develop the music video. 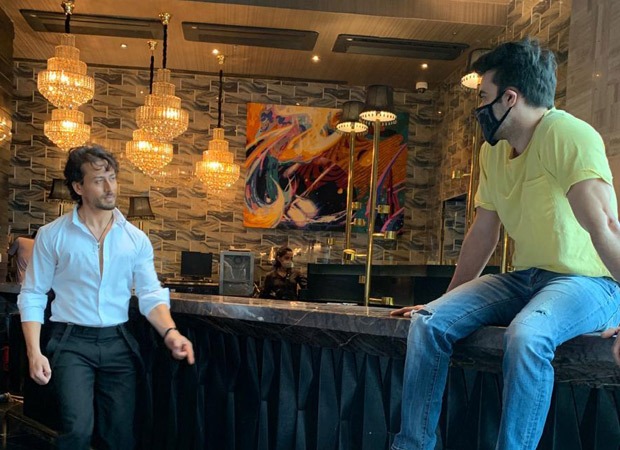 Malhotra says, "I wasn't surprised when Tiger said he has sung a song; he has a lovely voice. I was kicking myself because I should have displayed his singing skills in Student of the Year 2."

Excited to reunite with the leading man of his college caper after over a year, the director also feared shooting in the midst of the pandemic. "Initially, we were scared at the idea of going back to work. But once we did, it felt like a reunion of old friends. As the director, I was doubly vigilant and adopted safety measures over and above those stated by the government. Tiger Shroff was a source of support. His constant reassurance — 'Punit, we will get by this' — helped me”, he adds.

Armed with a crew of 40 members, the actor-director duo shot the music video over three days at a five-star hotel in Lower Parel. "Since the hotel was in lockdown, it was the most sanitized place we could have shot at. We chose a theme that didn't need a big team. At the same time, we ensured we did not compromise on the scale. We explored a tender romance between two hotel staff members," shares Punit.

ALSO READ: “Let’s just say that it was an UNBELIEVABLE experience”, says Tiger Shroff about his singing debut