Actor Priyanka Chopra Jonas released her memoir titled Unfinished a month ago. The book is being appreciated by many. On Tuesday, she got another reason to celebrate as her book got featured on New York City billboard. 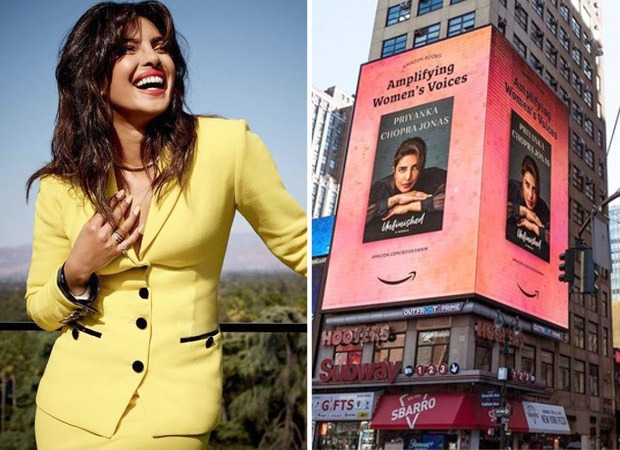 Priyanka was clearly thrilled to have her book featured on a massive billboard and to be included in the Women’s History Month celebration. "#Unfinished on a six-storey @amazonbooks billboard in NYC outside of Penn Station ... Surreal! So thrilled to be included in this #WomensHistoryMonth celebration to amplify women’s voices. What makes it more special is that it’s exactly a month since I released Unfinished!," Priyanka wrote along with a picture of the billboard.

Priyanka's colleagues from Bollywood were all praised for the actress. "Amazing," wrote Hrithik Roshan. Zoya Akhtar and Dia Mirza dropped in hearts in the comment section.

In her book, Priyanka spoke about her childhood, facing racism in America as a teenager, winning Miss World, her struggle in Bollywood and Hollywood and her marriage with Nick Jonas.

ALSO READ: Nick Jonas reveals what separates Priyanka Chopra Jonas from the other women he has dated in the past