The city of Mumbai is all set to host the first-ever NBA India Games 2019 starting today. This is an initiative to foster the growth of basketball in the country. 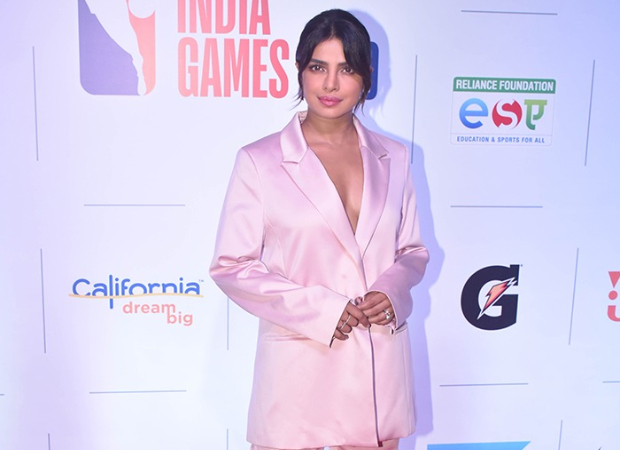 Bollywood actress and Global icon Priyanka Chopra walked the red carpet at the welcome event on October 3. Priyanka was dressed in a pink pant suit with her hair neatly tied in a bun.

Several other celebrities from different fields also came on the occasion. Youtuber Bhuvan Bam was present at the event and even sang the National Anthem. Actor Rannvijay Singha came along with his wife Prianka Singha.

The Sacramento Kings vs the Indiana Pacers So happy to partner with the @nbaindia for the first ever #NBAIndiaGames2019 on Oct 4th & 5th! Here’s to many more! #NBAIndiaGames

Meanwhile, the first NBA match will be played between the Indiana Pacers and the Sacramento Kings. The NBA India Games 2019 will take place Friday, October 4 and Saturday, October 5 at the Dome, SVP, NSCI Stadium here. The much-awaited NBA pre-season game has been sold out with the most expensive ticket being sold at Rs 85,000.

Two matches will be played on Friday and Saturday between the Pacers and the Kings. The latter of the two is owned by Indian American businessman Vivek Ranadive. Tickets have been sold only for the match that will take place on Saturday while the game on Friday will be attended by 3,000 kids who are part of the Reliance Foundation Junior NBA programme.

Also Read: Priyanka Chopra and Farhan Akhtar watch The Sky Is Pink with the real Aditi and Niren Chaudhary