Bigg Boss 13 has now completed one week since it's launch. Salman Khan is set for the first meet with the housemates since they went inside the BB house. The actor has already shot for the Weekend Ka Vaar episode which will be graced by big names. 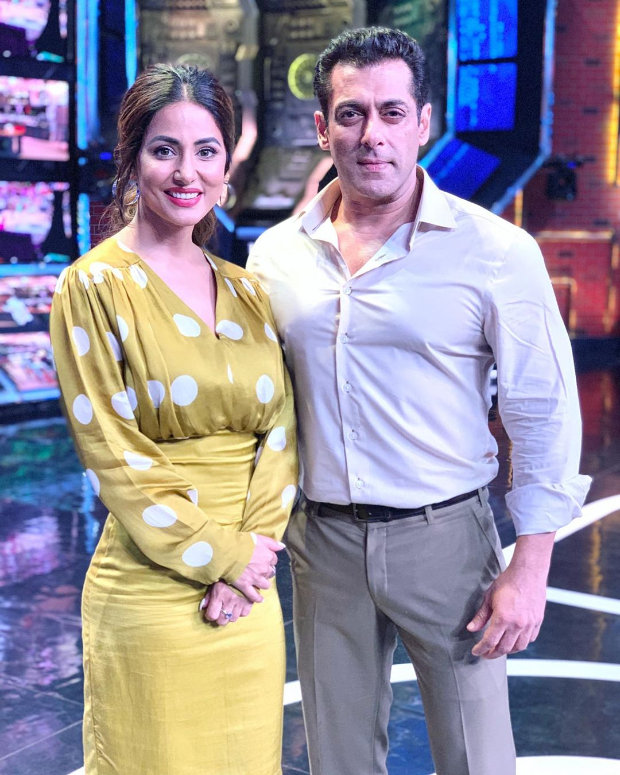 Starting with the magnum opus film Sye Raa Narasimha Reddy team, the movie's producer Ram Charan and lead actors Chiranjeevi and Tamannaah Bhatia will be gracing the weekend episode. They recently shot for the episode.

Besides them, former Bigg Boss contestant, Hina Khan will also join Salman Khan. The actress, who is currently promoting her web series among other projects, shared photos from the episode and captioned them, "It’s always a pleasure to share the stage with you Salman.. Meeting you since four seasons now in #BiggBoss #LuckyMe #OurLittleTradition #WeekEndKaWaar #Season10,11,12,13."

When Miss Khan met Mr khan.. It’s always a pleasure to share the stage with you Salman.. Meeting you since four seasons now in #BiggBoss #LuckyMe #OurLittleTradition #WeekEndKaWaar #Season10,11,12,13 @colorstv

After exiting the Bigg Boss 14 house,…