As the world welcomes a New Year, many people have used it as an opportunity to attempt something new in their lives. In her most recent Instagram story, Priyanka Chopra showed off her new hair color and cut. 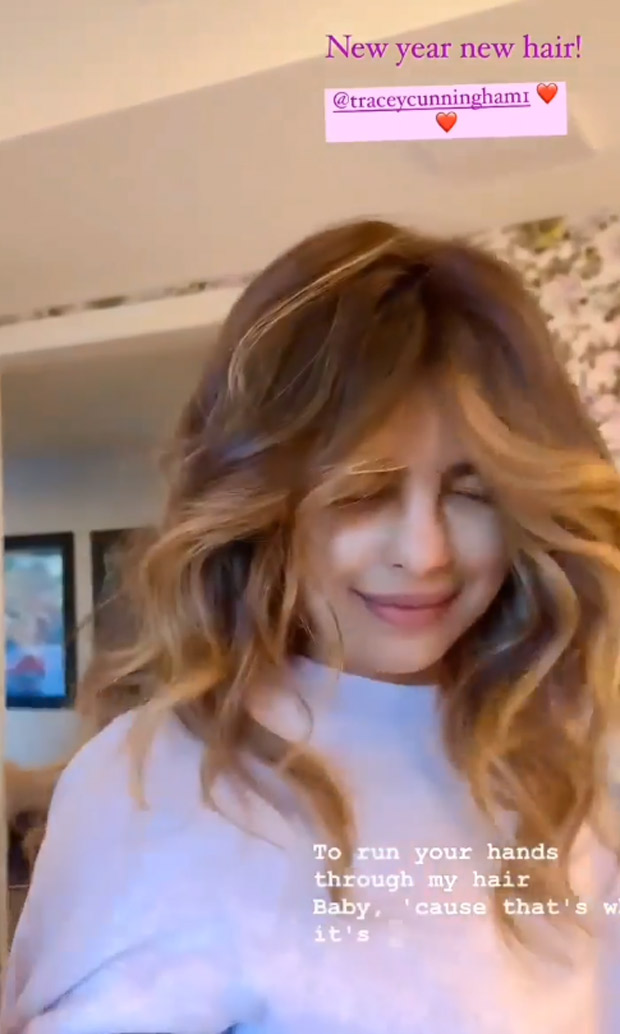 The actor flaunted her blonde highlights in the video while Arianna Grande's song 'My Hair' played in the background. 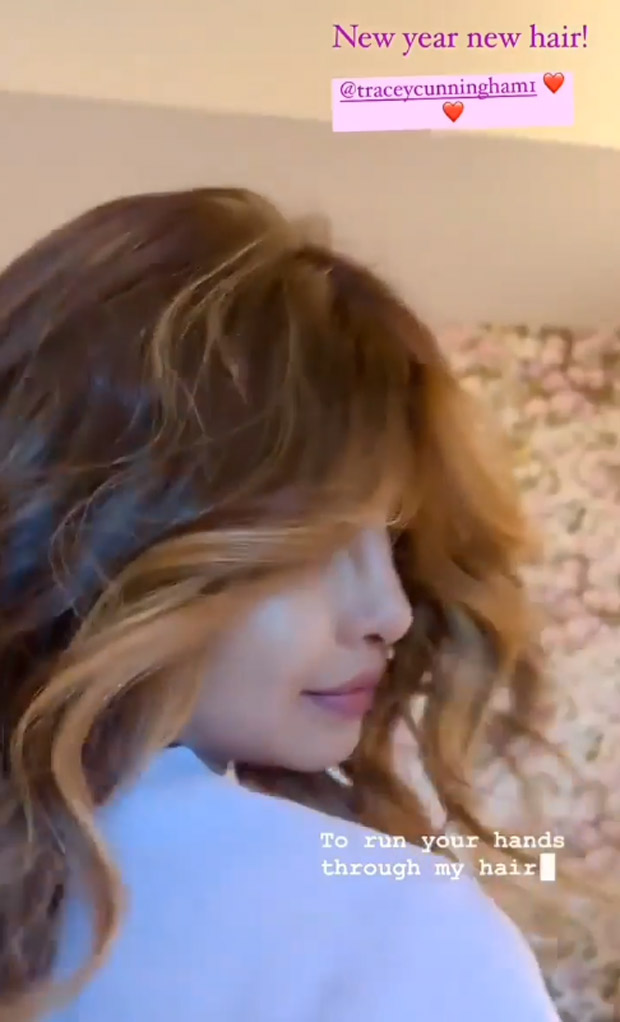 “New year, new hair,”, she continued to write while naming celebrity hairstylist Tracey Cunningham, who is responsible for Priyanka's new look. The actress moved to the tunes of the song, looking gorgeous in her pink hoodie and making cute gestures. “To run your hands through my hair, Baby, ’cause that’s why it’s there…”

Meanwhile, Priyanka Chopra recently appeared in The Matrix Resurrections alongside Keanu Reeves. She'll next be featured in the Amazon series Citadel, created by the Russo brothers, and then in Farhan Akhtar's Jee Le Zaraa, starring Katrina Kaif and Alia Bhatt.

Also Read: Priyanka Chopra and Nick Jonas ‘celebrated life’ on a yacht as they rang in the new year, see photos