Anushka Sharma recently left for South Africa to accompany her spouse, Virat Kohli, during his cricket series. The actress has been keeping fans updated about her time in South Africa with Virat and their daughter Vamika. 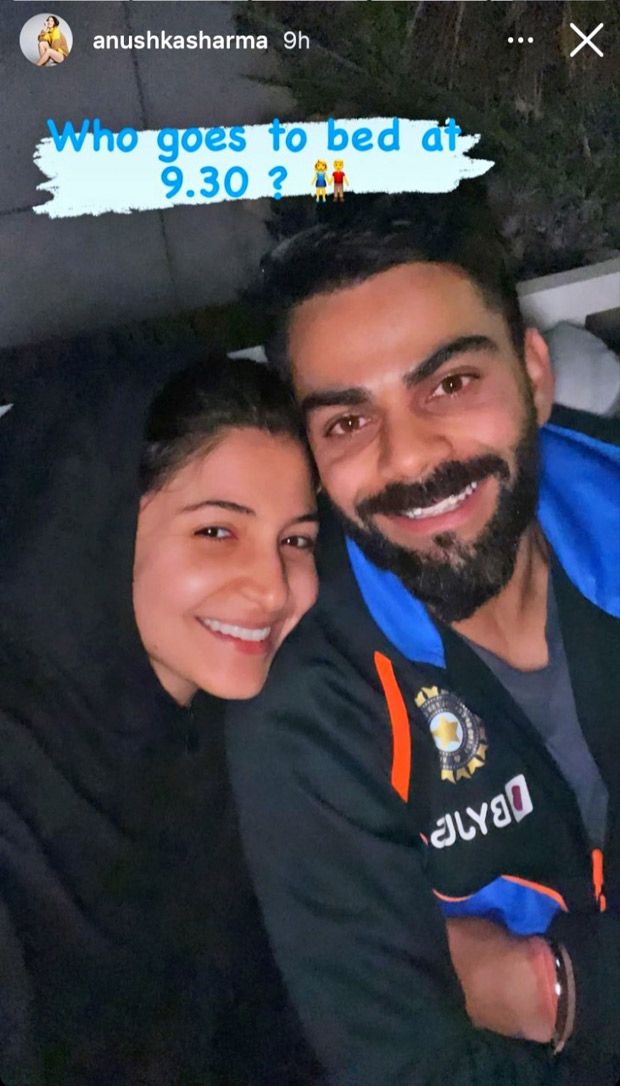 Now, she took to Instagram to share a cuddle-up selfie with Virat and captioned, "Who goes to bed at 9.30?" The actress was all smiles in the picture wearing a black hoodie while Virat was donning a jersey jacket. Check out the no-filter selfie here:

Meanwhile, on the work front, Anushka recently announced her next project titled Chakda Xpress. Directed by Prosit Roy, the film is inspired by the life of former captain of India national women's cricket team Jhulan Goswami.