Priyanka Chopra is back in Mumbai and is in the work mode. The actress will be returning to the big screen with The Sky Is Pink after three years since her last film Jai Gangaajal. Priyanka has been promoting the film non-stop ever since she arrived in Mumbai. Recently, she reached the sets of Dance Deewane and filmed the finale episode with Madhuri Dixit, Shashank Khaitan and Tushar Kalia. 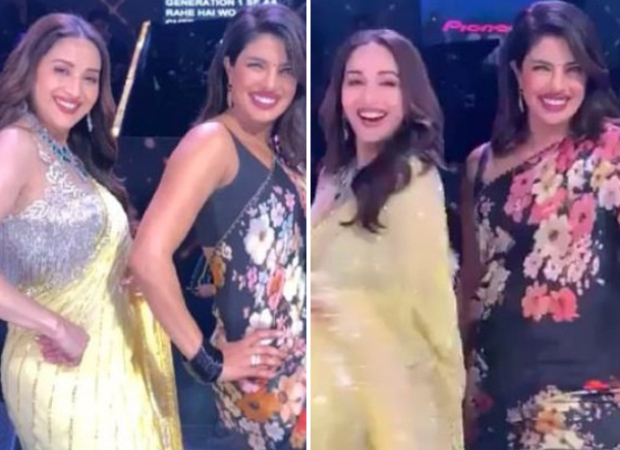 While the finale episode will air this weekend, we have a glimpse of it which was shared by the channel. Priyanka Chopra and Madhuri Dixit, who looked ethereal in sarees, were requested to dance on each other's songs. And the two divas grooved to the beats of 'Dola Re Dola' from Devdas and 'Pinga' from Bajirao Mastani. It is safe to say that they were amazing.

Coming back to The Sky Is Pink, the film stars Farhan Akhtar, Zaira Wasim and Rohit Saraf. Directed by Shonali Bose, the film is set to release on October 12, 2019.