Priyanka Chopra has returned to London after spending time in United States. The actress has been busy shooting Russo Brothers’ production Citadel. 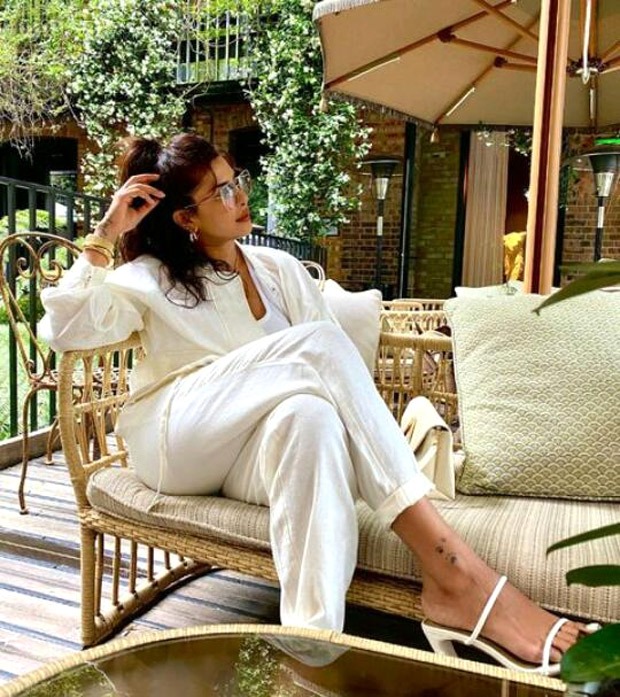 Priyanka was spotted again in an all-white outfit. Dressed in linen co-ord set, she paired it with a white singlet top and slips on two strap white block heels. Priyanka kept her styling simple and chic with soft makeup and her hair in a half up half down with beach waves. She added a pair of rimless glasses perched on her nose. She looks stunning in this simple white look.

Priyanka is pulling off all-white outfits with unmatched grace. She styled an all-white ribbed co-ord set that featured a slit skirt for the Pride Parade she attended in New York.