Telugu star Naga Chaitanya is all set to make his debut in Bollywood with Aamir Khan starrer Laal Singh Chaddha. The actor will play the role of an army officer in the film. Recently, Naga flew to Ladakh and started shooting for the much anticipated social drama. The team planned to shoot with Naga and Aamir for an important sequence for around 20 days. 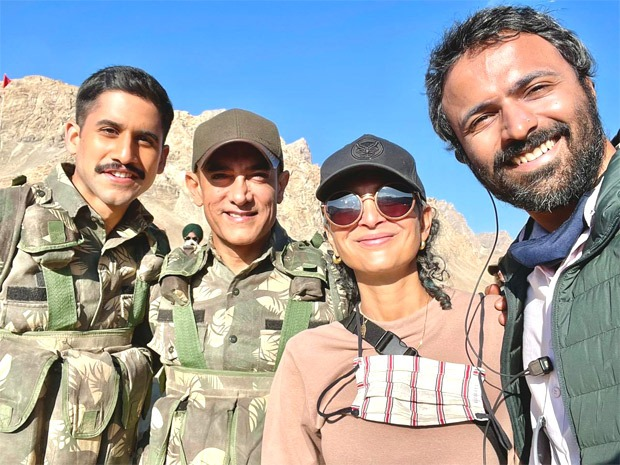 The film is helmed by director Advait Chandan and he along with Aamir Khan has envisioned a grand war sequence. Aamir along with Naga and Advait are currently living in a bio-bubble with the cast and crew at The Grand Dragon hotel. Recently, a picture of Naga Chaitanya along with Aamir Khan, in the army uniform is currently going viral on social media. In the picture, Kiran Rao was also seen posing with the duo. Khan and Rao recently announced their separation.

The film is an Indian adaptation of Tom Hanks' classic film Forrest Gump and Naga Chaitanya's character is based on the film's character Benjamin Buford Blue aka Bubba, a friend that Aamir Khan will make during his time in the military.

Also Read: “We are very happy and are still one family”- says Aamir Khan and Kiran Rao in a video after separation announcement