Priyanka Chopra has been busy promoting her upcoming film Isn’t It Romantic in LA and New York.  And the premiere took place on Monday night at The Theatre at Ace Hotel in Los Angeles as her hubby Nick Jonas accompanied her. Recently, for the promotions of the film, the actress made an appearance on Jimmy Fallon's The Tonight Show where she filmed EW! sketch which aired on Tuesday night the US. 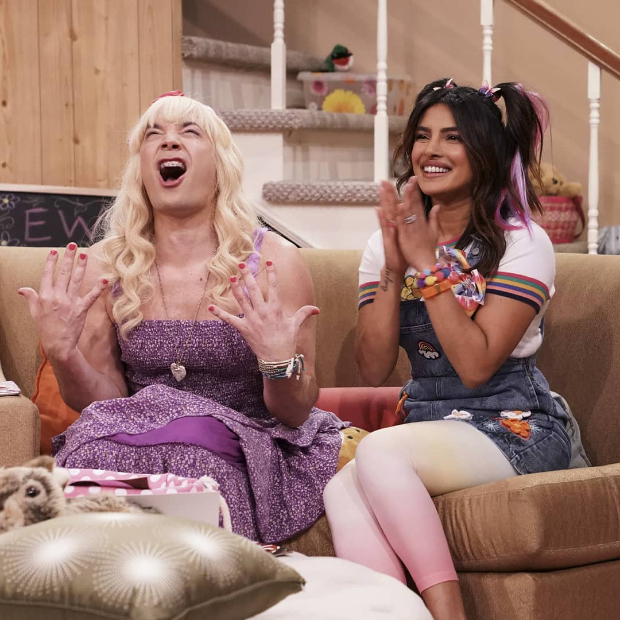 Priyanka Chopra's character Mia Singh opened the show with Jimmy Fallon's character Sara. The famous segment is known for Sara and her friends dissing everything. Priyanka wore a denim jumper, pink extensions and her hair up in pigtails. During the skit, Jimmy started the “Ew Speed Round” with her and showed her some photos to which she had to respond with either 'ew' or 'cute.' The last photo was shown was of her husband, Nick Jonas. At first, she said “Ew,” when Jimmy asked her, “Really?” She then giggled and replied, “No, I’d totally put a ring on it.”

Priyanka Chopra shared a couple of glimpses from her premiere and wrote, "Happiness and love all around. So proud of you @rebelwilson it’s so amazing to see a woman in Hollywood literally make and star in a movie of her dreams. I wish you the best in your first production! You are such a delight and an inspiration to so many girls around the world! I wish #isntitromantic the best! @straussschulson you out did your self! @andybovine You made me laugh even on days nothing was funny...@liamhemsworth You are hysterical in the movie and were missed! But the beautiful @mileycyrus represented you really well...feel better! @brandontakespictures and @bettygilpin you made this so much fun!! The team at New Line and Warner brothers ...Gina, Gia, and Grant, and the crew...thank you for a great time! This is the date night movie you want to see with your loved ones! Get ready for love and laughter! #13thfeb
@nickjonas I love you," 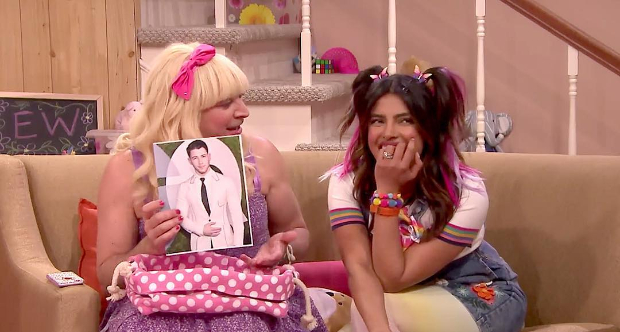