It is truly inspiring when women stand up and support each other in every way possible. Despite the times when women are pitted against each other, today's women support and uplift each other. One such moment has been seen between Priyanka Chopra and supermodel Gigi Hadid. 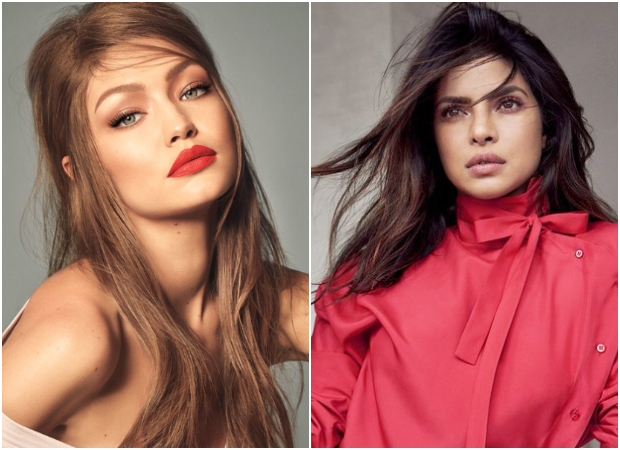 Priyanka Chopra has been touring around Hollywood to promote her new season of Quantico. From talk shows to radio trails, the actress is upping her fashion game in every way. Meanwhile, supermodel Gigi Hadid spotted that Priyanka was wearing her latest collection of Vogue Eyewear. Priyanka sported one of the sunnies from the new line in the promotional event. Gigi took to her Instagram to admire her. She captioned it, "Living for the amazingly stunning @priyankachopra wearing #GIGIForVogueEyewear."

For the uninitiated, Gigi Hadid is an American supermodel and entrepreneur. She recently unveiled her second edition of the Gigi Hadid for Vogue Eyewear line.  The new line of eyewear has retro chic vibes to it. 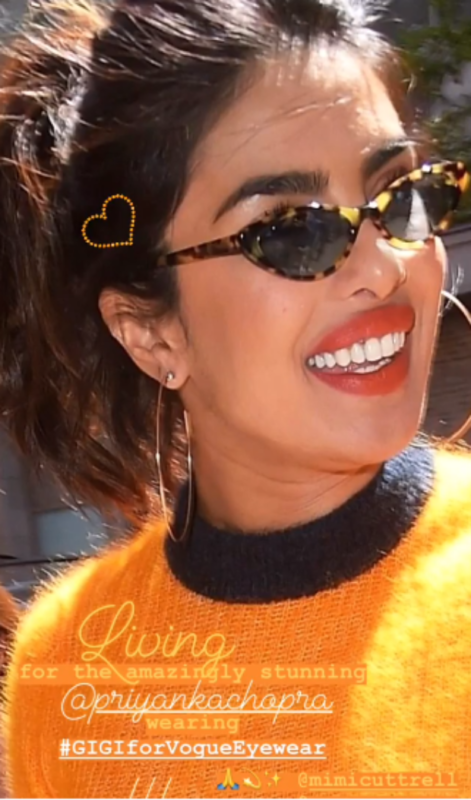 This isn't the first time that Gigi Hadid has loved one of Priyanka Chopra's looks. In one of the recent shoots for Harper’s Bazaar, Priyanka looked stunning in the photoshoot. In one of the pictures shared on Instagram by Priyanka’s manager, Luiz Mattros, Gigi called her gorgeous. She wrote, “So gorg!"

Meanwhile, on the work front, the third season of Priyanka Chopra’s Quantico has begun. The show airs in India on Saturdays at 9 pm on Star World. Besides this, she will be next seen in a drama called A Kid Like Jake which stars Claire Danes, Jim Parsons and Octavia Spencer. The film is set to release in June 2018. She also has another film Isn't It Romantic starring Liam Hemsworth, Rebel Wilson and Adam Devine. It is slated for February 14, 2019.

ALSO READ: Late Night With Seth Meyers: Priyanka Chopra reveals what it's like to work with her mother Madhu Chopra as a co-producer