Globetrotter Priyanka Chopra, who recently wrapped up the third season of Quantico in Ireland, is on the promotional spree for her show. Showcasing some of the most interesting fashion choices, she appeared on The Tonight Show Starring Jimmy Fallon last week. Last night, Priyanka Chopra came to promote Quantico season 3 on Late Night with Seth Meyers. This was her second appearance on the talk show. She first appeared to promot her first Hollywood film, Baywatch. 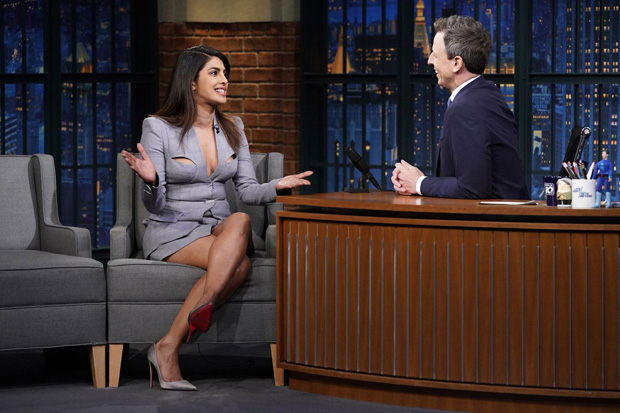 Speaking to the host Seth Meyers, Priyanka Chopra talked about doing her own stunts in Quantico. She talked about the filming of the show in Italy and Ireland as well. Then, she revealed how it is like to work with her mother Madhu Chopra, who is her co-producer in her production house Purple Pebble Pictures. She said, "We are business partners that is a lot of fun. You can never yell at your mom. When it's a problem or you are having a disagreement, she always gives you the 'eye'." 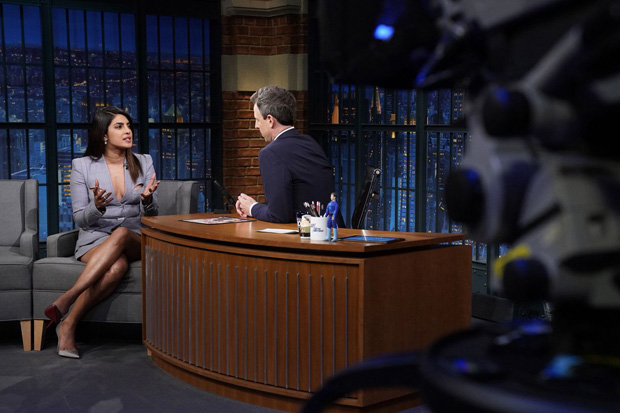 Priyanka Chopra further said, "I am the creative and she is the business. I don't understand money and taxes and all that. My dad did not know anything about money and my mom was always financially acute." 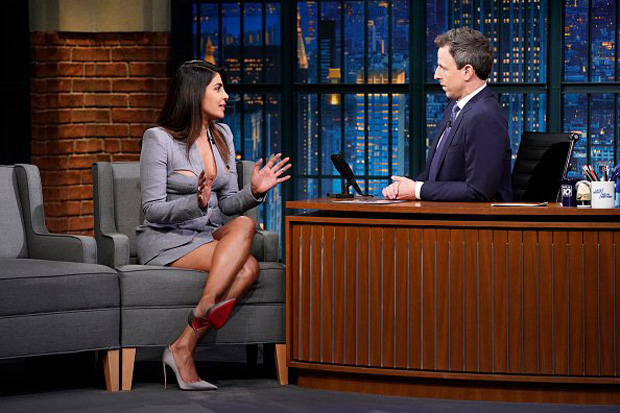 Seth Meyers further talked about how people have stereotyped Bollywood as one genre of films. He said, "I believe Bollywood to be a genre of films but that's not the case." Priyanka replied, "That's what annoys me so much that working in Hindi films, Bollywood has been reduced to a genre. It is not. It is an entire industry of genres like action, drama. What is annoying is that it gets reduced to such a stereotype which is not. Though music is a very important part of our movies, but they are not break out into random synchronized dancing." 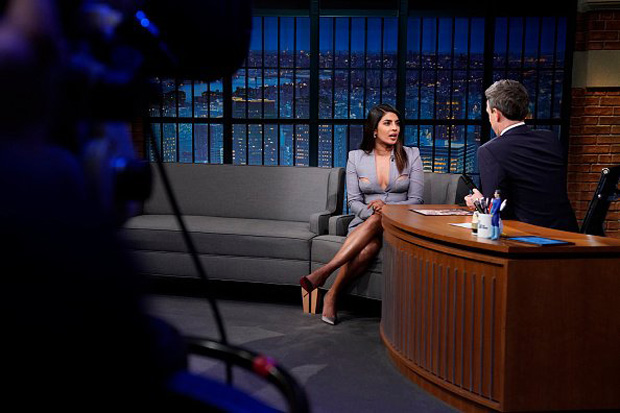 Meanwhile, on the work front, the third season of Priyanka Chopra’s Quantico has begun. The show airs in India on Saturdays at 9 pm on Star World. Besides this, Priyanka Chopra will likely start shooting for Ali Abbas Zafar’s Bharat alongside Salman Khan in August 2018 or post that. Directed by Ali Abbas Zafar, produced by Atul Agnihotri’s Reel Life Production Pvt. Ltd and Bhushan Kumar’s T-Series, Bharat is releasing during Eid 2019.

Also Read: Priyanka Chopra is proof that in right outfits a girl can conquer the world!