Last Updated 27.01.2022 | 8:09 PM IST
feedback language
follow us on
Bollywood Hungama » News » Bollywood Features News » Priyanka Chopra admits someone from North-East should have played Mary Kom; says she was greedy as an actor

Priyanka Chopra who essayed the role of boxing champion Mary Kom in the latter's biopic released in 2014 has reflected on her casting. Priyanka said that the role should have been played by someone from North East India. She revealed that she was hesitant to take up the role but was also greedy as an actor. 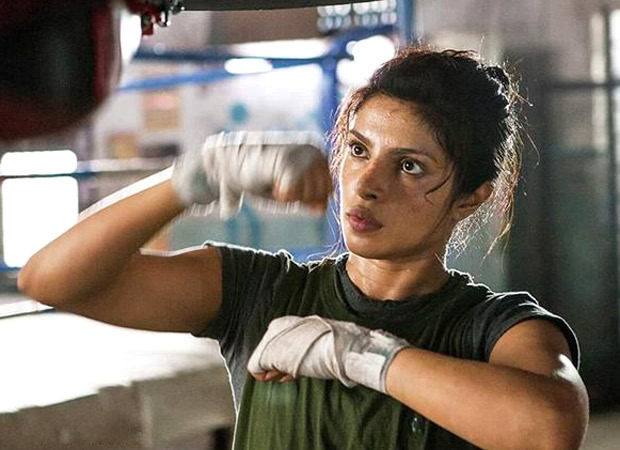 The 2014 film Mary Kom directed by Omung Kumar was based on the life of the boxing champion from Manipur who won several laurels for the country including an Olympic medal and multiple world championships. In a recent interview with Vanity Fair, Priyanka said that he was skeptical about taking up the role as Mary Kom was an icon and made a place for so many female athletes and also because she does not look like her. "She comes from the northeast of India and I am from northern India and we physically didn’t look alike," the actress said.

Looking back, Priyanka does admit that the role should have gone to someone from the Northeast but she did it as she was greedy as an actor to get a chance to tell the story of Mary Kom. "When the filmmakers insisted I do it, I was just like, ‘You know what? I’m going to do it," Priyanka said.

At the time of the release, the film was at the center of controversy for its casting choice with some calling the decision to cast Priyanka instead of an actor from the Northeast as ‘racist’.

Priyanka went on to win several awards for her performance in the film. Mary Kom won the National Award for Best Popular Film Providing Wholesome Entertainment in 2014.

ALSO READ: Priyanka Chopra Jonas reacts to divorce rumours that came up after dropping her surname on social media

How much would have Atrangi Re earned at the…