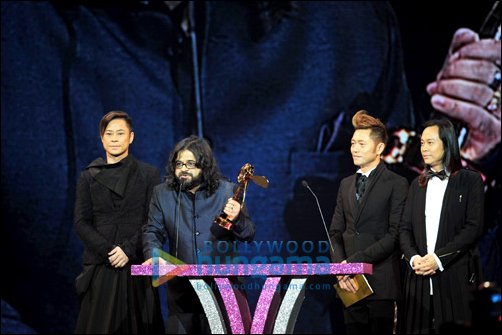 Earlier it was reported that music director Pritam was nominated for the music of Barfi at the prestigious Asia Pacific Film Festival. Well now we hear that Pritam who is the only Indian musician to be nominated at the award ceremony clinched the award for Best Music at the festival that was held in Macau on December 15. Besides Pritam, Wasiq Khan won the Best Production Designer award for his work in Gangs Of Wasseypur.

Besides Barfi, Gangs of Wasseypur had four nominations and Kahaani had one nomination. Interestingly, director Anubhav Sinha was one of the members in this year's jury for the festival.


The Asia Pacific Film Festival, first held in 1954, is film festival held annually in an Asian country designated by the Board of Directors of the Federation of Motion Picture Producers in Asia-Pacific. This year the festival was held in Macau.