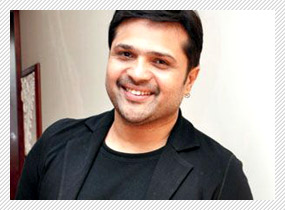 Himesh Reshammiya celebrated the success of his latest venture Khiladi 786 with the Comedy Circus gang. The singer-composer-actor-producer performed a medley of his hit songs from Khiladi 786, Son Of Sardaar, OMG! Oh My God, Bol Bachchan and Bodyguard as the Comedy Circus team including Sohail Khan, Archana Puran Singh, Krushna Abhishek, Purbi Joshi cheered him on.

Himesh said that the real 'Khiladi' was his leading actor and co-producer Akshay Kumar who deserves all the credit of Khiladi 786 being a success. According to trade experts Khiladi 786 has already crossed over Rs.65 crores nett in India and is going super strong in 2nd week as well. Add to this revenue from satellite rights (30 crores) plus music rights (5 crores) plus overseas and video rights, and Khiladi 786 is a profitable venture for one and all.