Preity Zinta, who is now in Ladakh, has been updating her Instagram with fresh photographs and videos from the stunning tourist destination. The actor is getting ready for her upcoming assignment in Leh. Preity Zinta posted a video and a collection of photographs from the Taktok Monastery on Tuesday, saying that she felt wonderful there and that time just stopped for her. Preity Zinta, who is experimenting her new look for a forthcoming film earlier this week, appears in the photos and video wearing an olive ensemble and wearing her hair curled. 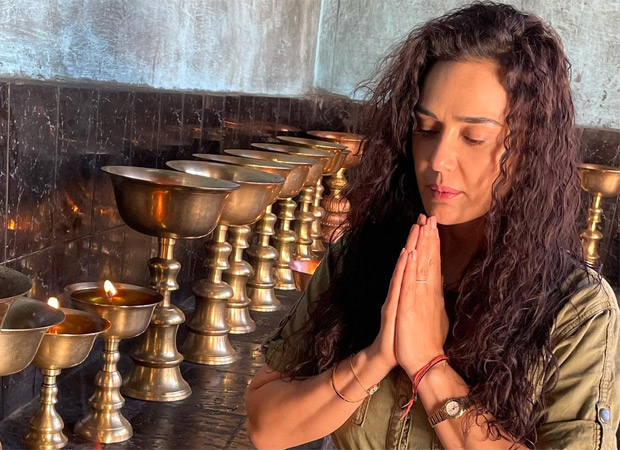 She captioned, "There is something so peaceful about monasteries. Here I'm at the Taktok Monastery after lighting a lamp. They were kind enough to let us sit inside for some time and it felt amazing ... like time just stopped. Here's to enjoying the sound of silence and respecting all religions #caveroof #pztravel #highaltiitude," the actress captioned her video.

While sharing photos of herself praying inside the Taktok Monastery, Preity Zinta wrote: "If light is in your heart, you will find your way home #Taktokmonastery #caveroof #soundofsilence."

Preity Zinta is preparing for her project in Ladakh for the second time. In Ladakh, the actress filmed the 2004 film Lakshya, which starred Hrithik Roshan in the lead role.

Also Read: Preity Zinta thanks hairstylist Adhuna Bhabani for new look; says “Thank you for being my go to person”