United For Human Rights (UHR) held an engaging session on Women’s Rights Today that highlighted and created awareness of human rights that support women’s rights and activities to achieve women empowerment as part of the Born Free & Equal initiative. 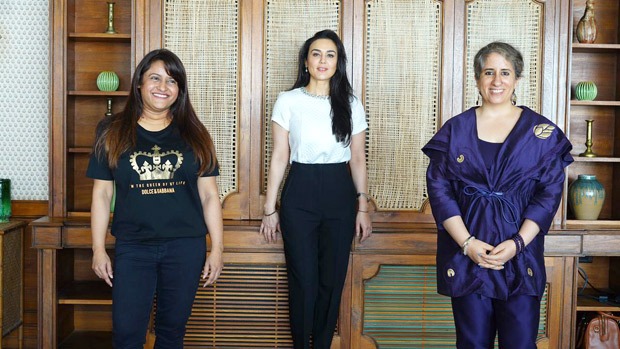 The event saw a panel consisting of power icons, Preity G Zinta, Guneet Monga and Rohini Iyer, who shed light on safety, equality and respect for women. International ambassador for UHR Fraser Scott and actor and South Asia ambassador for UHR Sheena Chohan joined the panelists in the discussion.

The session stayed true to the essence of UHR being dedicated to implementing the United Nations Universal Declaration of Human Rights as the panelists held dialogues on discrimination against women and the importance of creating an ecosystem that is safe for and brings equal opportunities to women.

The event also saw the screening of The Right to Life, Do Not Discriminate and We are Born Free and Equal short films, followed by which the panelists shared their personal experiences and anecdotes surrounding women’s safety, discrimination and respect for women.

Sharing a personal anecdote, Preity G Zinta said, “I have been working on Kavach (a women’s safety solution) for seven years but every time I go up to someone influential and they always tell me, ‘Hey lets a make a movie!’ And when I tell them about the initiative, they say a ‘no’ as they feel women will misuse it. It is the most difficult project of my life, but I am going to make it happen. There are a few men who are supporting me with this and surprisingly all of them have a daughter, so they understand it.”

Guneet Monga talked about crushing existing norms and setting new rules through her work. She said, “Through my films, I want to break stereotypes and start a conversation. But somethings don’t have a result immediately. That is powered by how we are traditionally used to seeing movies as an audience.” She added that she intends to be a responsible filmmaker and bring about a change through her films.

Throwing light on the theme, Rohini Iyer said, “I have worked with some wonderful women who are extremely successful. Even with them, there is a question of when they will get married. That’s a question that is a part of all our lives. Why can’t marriage be a personal choice? Why can’t children be a personal choice? Why can’t everything be a personal choice? There’s a wonderful quote by Cher. She said, “My mom came and asked me now that you are successful, why don’t you marry a rich man? I said to her, ‘Mom, I am a rich man.’” We cannot keep talking about problems; we need to start talking about solutions. Stop saying that protect your daughters. Rather educate your son. Stop saying boys will be boys. Equality and education along with empowering women and educating your sons is crucial. Once we do that, at some point in life, kids start respecting you. Respect stems from so many other things. We can look at the movies that are made. Movies play a huge role in that direction. I am very happy to know that in the past couple of years, we have some very well-written roles and movies that are impacting a lot of social change. There are women characters that are now etched out properly and are not just an accessory for the hero or dancing behind them which used to be the case in the ‘80s. This change will definitely impact the way we see the world."

Sheena Chohan emphasised on the power that cinema has to change the world. She said, “In the declaration of violence against women, the United Nation says member states which include, should, through education and other cultural methods, change fixed ideas of the inferiority of women and the role of sexes. For example, films today are preventing violence and stereotypes against women and cinema is one of the most powerful mediums to change the world and I am sure the UN is going to see the work that the panel has done and validate that.”