South superstar Prabhas recently completed the shooting of his forthcoming Indian Hindu Mythological film Adipurush which is based on epic Ramayana. Post the shoot, Prabhas was so impressed by the team's dedication, he decided to appreciate them. Keeping in line with his gifting session with the team of Radhe Shyam, Prabhas gifted his team expensive wristwatches from Rado. The shoot took 103days to complete and was wrapped last month. 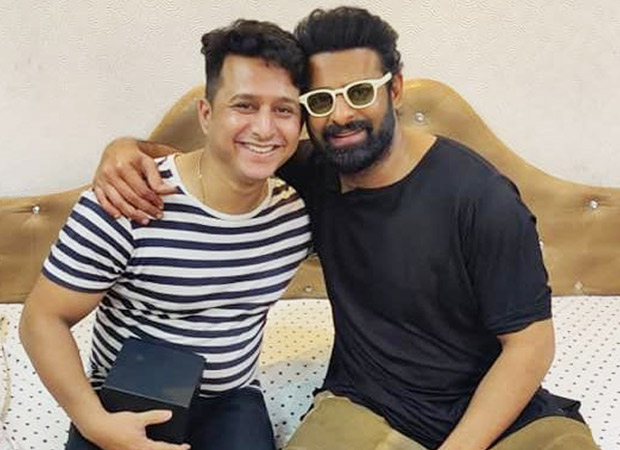 Social media was buzzing with images of the actor's gesture. Prabhas who was seen gifting watches to one of the crew members in the picture. The images immediately  went viral on social media as fans appreciated the actor’s gesture.

This is not the first time Prabhas has shown warmth to people around him through gifts. Earlier he had gifted a Range Rover to his trainer for his efforts during the workout session. It seems Prabhas never hesitates to show gratitude to his loved ones.

#Prabhas gifts Rado watches to the crew of #AdiPurush. pic.twitter.com/14LrLYrlMq

In the multilingual fictitious 3D film Adipurush, Prabhas is portraying an important character with “tremendous responsibility and pride.” Prabhas has reportedly charged a whopping Rs 150 crore for doing the film. He will share the frame with Saif Ali Khan and Kriti Sanon in the historical entertainer directed by Om Raut. It is produced by Bhushan Kumar,Krishan Kumar, Om Raut, Prasad Sutar, and Rajesh Nair. It will be released on August 11, 2022.

In January this year, Actor Prabhas endowed watches to team members of the forthcoming movie ‘Radhe Shyam’ on the event of Makar Sankranti. Most of the fraction of the Radhe Shyam has been shot in Italy and some other foreign locations across Europe.

A grand pre-release event of Prabhas and Pooja Hegde-starrer Radhe Shyam will take place on December 23 at the Ramoji Film City. The makers are likely to release the trailer of the film at what’s being billed as a lavish event. The trailer will also be broadcasted in multiple languages to give their film a pan-India appeal. This intense love drama will be out in the theaters on January 14.