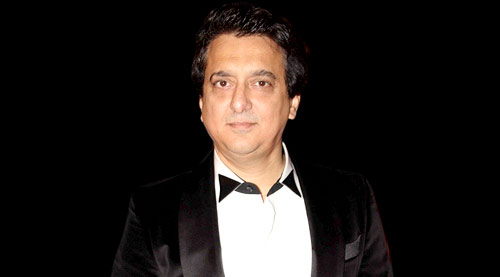 In a year strewn with the corpses of dud films, three mega-blockbuster stood their ground.

We're of course talking about Sajid Nadiadwala's Kick, Farah Khan's Happy New Year and now, Raj Kumar Hirani's PK. This must be the only year in living memory when the three biggest hits featured the triumvirate of Khan superstars.

Coincidentally, Sajid Nadiadwala, who made his dynamic directorial debut with the kick-ass Kick, is emotionally connected to the other two mega-hits of 2014.

Says Sajid sentimentally, "Look, the figures for Kick speak for themselves. And I really don't need to say anything about its success. It is my good fortune that the film is the biggest hit of my brother and friend Salman Khan's career. But I've to be realistic about PK."

And what according Sajid is the ground-reality about PK's expected success? Predicts Nadiadwala, "PK will definitely out-distance Kick. The collections of PK are unbelievable. With my decades of my experience in film production, I can feel it. I feel no regret or envy in saying PK will be bigger than Kick. This is not just a practical but also an emotional response. I'm a big fan of Raju Hirani's cinema. I want PK to break records."

Sajid is also very upbeat about Happy New Year. "I thoroughly enjoyed the film. I'm very proud of my rakhi-sister Farah. People keep forgetting I am debutant director. Compared to me, Farah and Raju are veterans. And still if Kick is being talked about in the same breath as their films, then I've a lot to be happy about."

2014 saw Sajid Nadiadwala scoring a hat-trick of hits as producer. Says
Sajid proudly, "We had Highway, 2 States and Kick. But I keep telling my team, 2014 should prove to be the worst year of my life as filmmaker. How else can I motivate them to better our record in 2015?"